TIME CRITICAL:
we collect and deliver from one part of Germany to another on the same day

WE COVER ALL OF GERMANY… 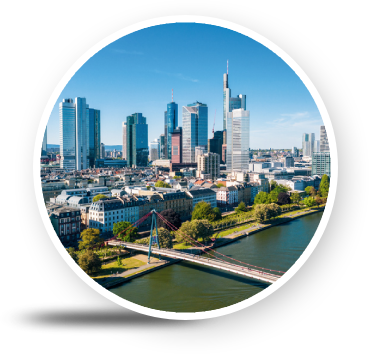 Berlin is located in north eastern Germany, in the east of Elbe River and is the capital and the largest city of Germany. It is also the most populous city in the EU.

Hamburg looks at sectors in the maritime industry, aviation, automotive and media as important economies.

Munich has an economy in sectors that include automobiles, services and creative industries, IT, biotechnology, engineering and electronics are also important sectors. Munich has a number of multinational companies such as BMW, Siemens and Allianz located in the city.

The city of Frankfurt is the financial centre of the country, while the city of Ruhr is the largest urban area in Germany.