TIME CRITICAL:
we collect and deliver from one part of Spain to another on the same day

WE COVER ALL OF SPAIN… 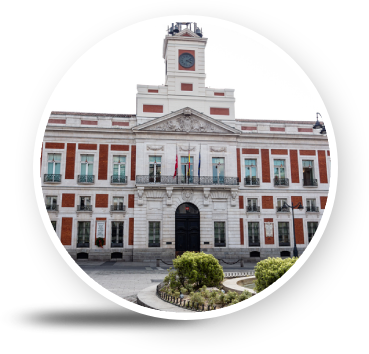 The two autonomous cities are: Ceuta and Melilla. The autonomous communities are further subdivided into provinces and smaller subdivisions.

Madrid, the capital, is located in the central part of the country. Madrid is the largest and the most populous city of Spain. Madrid is also the cultural, administrative and economic centre of Spain. Madrid functions as an important financial hub of Southern Europe.

Barcelona looks at ICT, biotechnology, sustainable mobility and aeronautics as important driving sectors for the economy.

Valencia sees the metal-mechanic sector, which is the biggest employer, as important for its economy. València also has strong ceramic and toy manufacturing sectors. The Port of Valencia plays an important part with a variety of businesses, ranging from passenger traffic to movement of motor vehicles.