The past few months have been a roller-coaster for anyone reconciling fuel costs, not least the courier industry in the UK. Despite predictions of electric vans, driverless lorries, flying cars and parcel delivering drones , the fact remains that, right now, our industry’s main mode of transport is fossil fuel powered vehicles. So, it hurts the bottom line of everyone from delivery company to consumer when fuel prices just keep going up. We checked back some records at Same Day Couriers Direct to see if prices had actually ever come down and, surprise, surprise, not really. They may fluctuate a few pence here and there but the trend for up remains pretty steady. Now this is looking backwards but what about the future – what does it hold for fossil fuel powered vehicles and the cost to keep them moving?

There is a whole industry dedicated to forecasting the future prices of commodities – econometricians is one name for these clever people. To put this into context crude oil prices are considered one of the most important indicators in the global economy. Governments and businesses spend a lot of time and energy to figure out where oil prices are headed next, but forecasting is an inexact science. Standard techniques are based on calculus (linear regressions and econometrics), but alternatives include structural models and computer-driven analytics. There is no widely accepted consensus on the best way to forecast oil prices.

Petroleum prices are determined by market forces of supply and demand, not individual companies and the price of crude oil is the primary determinant of the price we pay at the pump. Oil prices are at a seven-year high amid a persistent global supply crunch, workforce constraints, increasing geopolitical instability in Eastern Europe and the economic rebound following the pandemic. The Ukrainian situation and the issue of sanctions against Russian individuals and companies all are currently adding to that uncertainty but we think one can be reasonably confident that once this ghastly war is over and all the politicians stop their chest beating and virtue signalling, crude oil prices will settle down but by how much?

However, it’s not all Vladimir Putin’s fault. Let us recall our basic college business studies and PEST analysis talks (political, economic, social and technological factors). It is easy to overlook some of the bigger global issues at this time of pandemic recovery alongside Russian aggression. COP26, just late last year in Glasgow sent out a stark message. Stop messing with the planet NOW! The continued extraction and burning of fossil fuels is a death warrant for the planet. Green energy must be developed sooner and that costs. Consumers have to be moved to new fossil fuel free means of power. This needs colossal investment and taxation and pricing can push this along rapidly. Many governments look to the oil giants to be funding this. Simply, these giants have shareholders to satisfy as well as developing new technologies so the man and the woman in the van ends up paying at every fuel top up.

How often do you look at those newspaper fillers “UK with Highest Fuel Prices” and “Government Rob the Drivers” – you know the sort of thing. Prices have risen across the world of course. However, the UK is often painted as really expensive for fuel so we looked for some data to back this up. And yes, the UK government Fuel Duty Tax is almost the same price as the actual petrol.

The cost of crude oil is the largest factor in the retail price of fuel. Because of this, changes in the retail price of fuel typically track changes in the global crude oil price. Remember back to the start of the article – crude oil prices are impacted by geopolitics, global market fundamentals, including supply and demand, inventories, seasonality, financial market considerations and expectations.

Fuel prices and the background on UK Fuel Duty 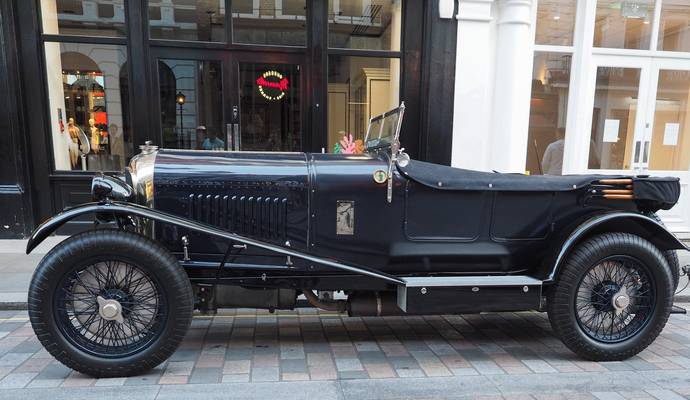 It was then abolished by the Finance Act 1919 after several years of steady petrol price rises and replaced by vehicle taxation, and the tax disc based on horsepower, after which the cost of petrol was about 4 shillings (equivalent to £9.40 in 2020) per gallon. Still shockingly high.

In the 1993 Budget, Norman Lamont introduced a 10p rise and also a Fuel Price Escalator whereby the cost of fuel would be increased annually by 3 per cent above inflation in future years; the Petroleum Revenue Tax was reduced in the same budget and later abolished. Kenneth Clarke, the next chancellor, increased the escalator to 5p in November of that year. These increases were introduced at a time of considerable change in government transport policy, and followed major UK road protests. The escalator was increased to 6p per year in 1997 by Gordon Brown.

The escalator was effectively cancelled by the Brown administration following severe disruption caused by the fuel tax protests in 2000. Since that time more cautious increases have been applied. A planned 3.02p/litre rise which was confirmed by the 2012 budget to come into effect on 1 August 2012 was later deferred until 1 January 2013 at short notice. The last increase in fuel duty occurred in 2010. A decrease then occurred in 2022 to try an offset the rising crude oil prices. Quite complicated! And remember every time you fill up you are paying VAT on the Fuel Duty too. Tax on Tax! Crazy.

But is Britain the most expensive? UK fuel prices often come out very near the top of the ‘newspaper’ type shock charts but what’s the reality? We found this really useful link – in fact, take some time and check the whole article but for your convenience we’ve extracted some data. However, we would actually question their average UK monthly salary. It does seem excessive. Or did they mean London and the South East? Countries With the Highest Gas Prices. 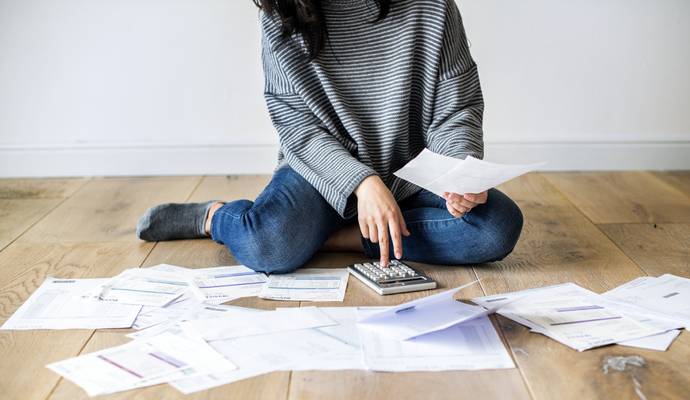 Their data comes from the 2021 Budget Direct Global Fuel Index Report. Market affordability is the percentage of average monthly salary it takes to fill an 80-litre tank or 21.1 gallons.

At an elementary level, the supply of crude oil is determined by the ability of oil companies to extract reserves from the ground and distribute them around the world. There are three major supply variables: technological changes, environmental factors, and the ability of oil companies to accumulate and replenish capital. Technical improvements – especially hydraulic fracturing and horizontal drilling – helped flood world markets with oil after 2008. 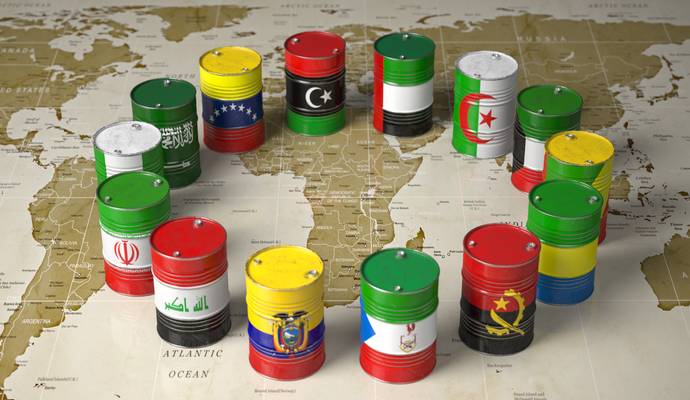 Companies need to understand these factors before making oil price forecasts, but even that isn’t enough. Oil prices are heavily influenced by non-market forces, including the Organization of the Petroleum Exporting Countries (OPEC), which effectively acts as a multinational oil cartel. OPEC member nations make joint decisions about how much oil to release to world markets based on what is best for their governments. However, the extreme swings in oil prices between 2005 and 2015 are an indication that OPEC influence is limited.

Oil is also highly regulated in most countries. Many countries have strict restrictions on where oil can be drilled. The reason why movements in oil price (or any commodity) often surprise analysts is because there are hundreds of variables, each of them moving simultaneously in unpredictable ways.

As we’ve already said, companies hire econometricians and other market experts to make short and medium-term predictions on the oil market. These professionals use highly complicated mathematical models, which either focus on financials (using spot and futures prices), or supply and demand considerations (quantifying variables and testing their explanatory power). The basic concept is that futures markets – particularly the relationship between futures price fluctuations and spot price fluctuations – will point the way to tomorrow’s oil prices.

Supply and demand models focus on macroeconomic variables, such as OPEC production, income elasticity of demand for oil and real gross domestic product (GDP). Because there are so many possible combinations of variables, most companies or analytic services use proprietary calculations and change their formulas frequently. The goal is to find the most statistically significant variables, then find chart fluctuations in those variables and create rough estimates for future oil price ranges.

The advocates of alternative approaches, which statisticians might call “non-standard” or “nonlinear” approaches, argue that future oil prices are too random and chaotic for any traditional processes. These methods might still use some of the same data as standard models, but the computations are based on pattern recognition rather than linear models or econometric regressions.

One popular pattern recognition tool is the artificial neural network (ANN). The ANN model, which is predicated on the biology of the human brain, supposedly lets the simulation learn and generalize experiences based on new data. ANNs are used in a variety of analysing for business, science and investment fields. One standard criticism of the ANN method – and a primary reason why ANNs aren’t popular with private oil forecasts is the intrinsic inputs used to evaluate price series which are often subjective or arbitrary.

Not all doom and gloom for fuel prices

Petrol prices could fall by as much as 8p per litre in the coming months, according to an economic thinktank. The Centre for Economics and Business Research (CEBR) has made the prediction based on crude oil price forecasts.

CEBR economists believe that the price of crude oil — currently at $107 per barrel — will fall to below $90 per barrel by 2024. They also expect demand for the fossil fuel to fall, and the American government to lean on Middle Eastern nations to boost production.

That move from the US State Department could see an extra 1.5 million barrels a day added to the production system, which will contribute to a fall in the cost for crude oil.

What is a universal truth though is that oil prices are heavily affected by large, identifiable events.

In conclusion we have to say that courier companies, unless they wish to employ an econometrician or Madam Froufrou and her crystal ball gazing really have no idea on what the future holds regards fuel prices. The chances of them dropping a lot are small. We’d recommend instead watching the world news closely for any future signs of instability in the oil producing countries and know with certainty it will affect fuel prices and no doubt, upward.