TIME CRITICAL:
we collect and deliver from one part of Italy to another on the same day

WE COVER ALL OF ITALY… 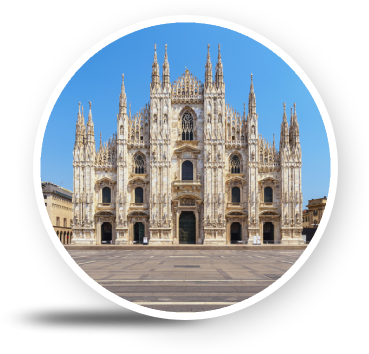 The regions are further subdivided into over 100 provinces, of which 14 are metropolitan cities. The different provinces comprise of almost 8000 municipalities (comuni).

Italy is the third most populous member state of the European Union (EU).

Rome is the capital and the largest city of Italy, located in the central-western portion of the Italian Peninsula, along the shores of the River Tiber. It is also the country’s most populated city and the fourth most populous city in the EU. Rome is often referred as ‘capital of two states’, this is because the Vatican City is an independent state within the boundaries of Rome.

Naples has a busy cargo terminal and the port of Naples is one of the Mediterranean’s biggest. Naples other sectors include tourism, commerce, industry and agriculture.

Same Day Couriers Direct serve all the major cities including Roma, Milano and Napoli further extending our services from Turin in the north through to Florence in the centre and on to Bari in the south, covering other major cities such as Palermo and Genoa, the entire country is catered for.