Summer Of Sport And Logistics

It’s been a fabulous summer of major sporting events, many held back from 2020. The achievements of top sports men and women have enthralled us all here at Same Day Couriers Direct, something for everyone. However, we can’t help but think every time we watch a gold medal or cup being awarded that no medals are awarded for the sport logistics behind each event.

So here, we will pause for a few minutes and look behind the scenes as to how some of these major events cope with sport logistics.

Golf: watched by millions, attended by thousands, played by a few

This weekend has seen the grand finale of the Ryder Cup with a resounding win for the USA. Earlier in the summer though, all the action was at Royal St Georges, Sandwich with The Open. For both these events it’s UPS that is the logistics partner. 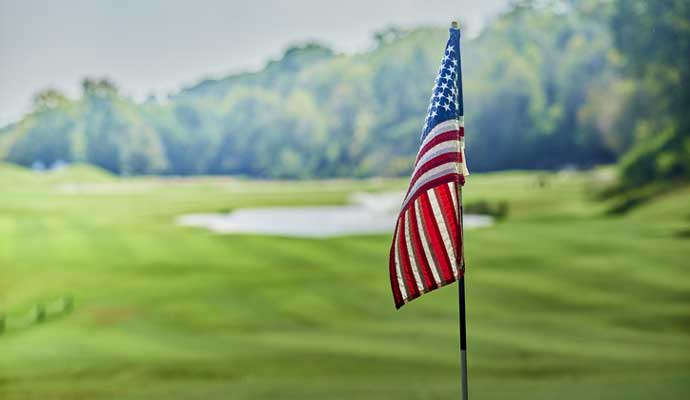 UPS sponsor two of the world’s biggest golf tournaments, The Open and the Masters. Since 2014, UPS has been an International Partner of The Masters, sharing with Augusta National Golf Club a longstanding heritage of offering excellence and delivering value in all that we do.

Additionally, UPS is the Official Express Carrier of The Open, trusted by The R&A (Royal & Ancient Golf Club of St Andrews) to reliably transport the Claret Jug across four continents for The Open Qualifying Series events.

In 2018, UPS was named Worldwide Supplier of the Ryder Cup.

Impressive? You bet! But with each event ‘only’ seven days duration and time between events of several weeks, the ‘UPS Golf Team’ most likely have time to draw breath.

The Olympics: sport logistics for a global event

Each participating country makes its own arrangements for sport logistics and for the Tokyo 2020 event, Team GB chose DB Schenker as their logistics partner.

DB Schenker had the task of delivering 27 containers of sporting equipment, food items and home from home necessities to ensure that athletes have the best possible environment when they arrived at Team GB’s pre-games Preparation Camps and into the Olympic Village.

The home away from home environment is something that Team GB prides itself on at Games. time with athletes not wanting for anything when it comes to things such as sleep kits, their favourite tea bags or even pots of peanut butter.

There were a total of 27 freight containers that could cover one and a half basketball courts, and contained 550 pallets worth of goods Tokyo bound, including over 1500 water bottles, 35 boxes of squeezy honey, 600 pillow packs and 500 bags of Team GB pin badges to name but a few. The containers sailed from Southampton. 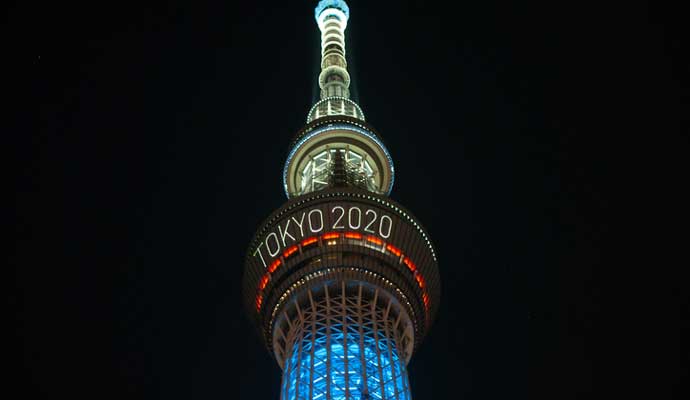 In addition to this huge shipment of Team GB goods, DB Schenker provided logistics, transport, freight forwarding, warehousing and set up in Tokyo.

Focussed on sustainability, Team GB aimed to minimise their carbon footprint by opting to send almost all of their shipment by ocean with DB Schenker.

DB Schenker will also be providing their services and support to Team GB for the Beijing Winter Olympic Games, in February 2022.

A winner? Yes, up there on the podium of sport logistics performance excellencet.

The Euros: football fever and 2021

It’s Fed-Ex this time that had successfully bid for UEFA’s multi tournament deal. 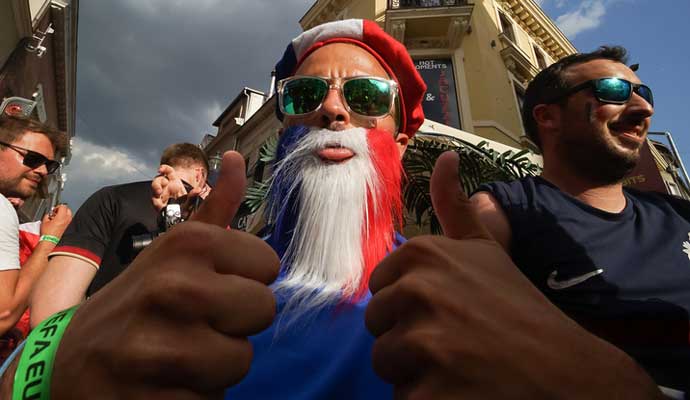 As well as being official logistics partner for the Euro 2020 tournament, the partnership ensures rights to the European qualifiers, UEFA Nations League finals and the UEFA European Under 21 Championships as well, plus the UEFA Fustal Euro 2022.

The pan-European Euro 2020 event was the largest in the tournaments’ history, with 11 host venues from Azerbaijan to Spain. In fact, before even the quarter finals of all competing teams, the Swiss had racked up over 7,000 miles travel with Wales next at 5382 miles. Plenty Air Miles to be had but maybe not so carbon conscious on the part of UEFA!

The map at Fed-Ex HQ must have looked quite something with pins galore and staff not cheering on their favourite teams but working out where next to be ready to move the relevant equipment and team necessities.

Whilst this was a massive challenge for Fed-Ex with 51 in total matches over 11 venues at least they knew well in advance what the schedule was and where they had to be.

Two wheels makes for a sport logistics challenge like no other

Our next summer sporting event possibly leaves all the others on the side lines.

XPO Logistics, Inc. took to the road on June 26 as the official transport partner of the Tour de France for the 41st consecutive year. When the Tour winner was declared in Paris on July 18, a team of 75 XPO drivers had driven 54 trucks over 3,383 kilometres (2103 miles), moving more than 420 tons of cargo.

XPO is responsible for ensuring the time-critical transport of equipment, fixtures, safety barriers and supplies throughout the Tour’s 21 stages. You might be wondering “Only 2000 miles! That’s nothing!” We invite you to read on to understand what a sport logistics challenge this is because XPO are just one part of the logistical nightmare.

The Tour is covered by 2000 journalists from 600 media outlets that include 68 radio networks, 87 TV channels, 99 photo agencies and 347 newspapers, press agencies and internet websites.

The Tour is broadcast in 190 countries with 60 channels offering live coverage. The networks that cover the event live set up their broadcast booths in a 5000 square meter (3.1 square mile) technical area that is located at the finish line of each day’s stage. The technical area includes 120 trucks, 60 kilometres (37.3 miles) of cable, and 90 commentators in broadcast booths. 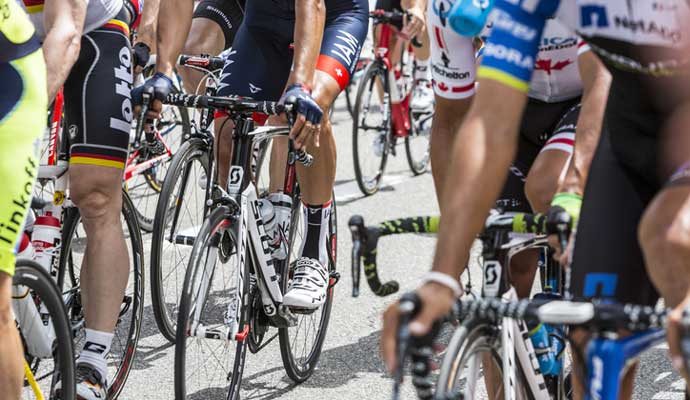 All equipment has to be torn down at the end of the day and set up again at the finish line of the next day’s stage.

There are 500 people on the TV production team. Live footage comes from five cameramen on motorcycles that ride with the cyclists and two camera-equipped helicopters that follow the race. Bikes in the race are equipped with GoPro cameras and there are motorcycles that record sound from the peloton. The video and sound feeds from all of these sources are sent to a high-frequency (HF) helicopter which then sends the combined feed to two HF airplanes that fly above the helicopters. The planes send the feed to HF dishes set up in the technical area at the finish of the stage.

All of this technology is put to use broadcasting a race that begins with at least 198 riders. The race won’t finish with that many riders because many will be too injured or sick to continue, will be eliminated because they fail to reach the end of a stage in the maximum amount of time allowed, or will become too exhausted to go on.

TV coverage is easy at the start of each stage because the riders leave the starting line in a controlled peloton riding behind a pace car. Once the peloton gets out of the start town and riding conditions are marginally safer, the start flag drops and it’s on. There are usually furious attempts to form a breakaway group of riders and the race is quickly spread out all over the road. There are often not enough cameras to cover everything that is happening once the race splits up and the camera and sound motorcycles zoom back and forth through the race endangering themselves and the riders.

The TV motorcycles are not the only vehicles on the road with the cyclists. Each team has two support cars. The first car is driven by the team’s head coach who is in radio contact with the riders. This car also carries a mechanic and spare parts that can be used to fix mechanical problems that crop up during the race. The second car also has a mechanic and spare parts in addition to racks of spare bikes that are used to replace a bike that is lost to a crash or a mechanical problem.

In addition to the numerous team cars there are seven ambulances and a radiology truck following the peloton. There are also two medical cars with doctors on board and a medical motorcycle that can get to riders quickly in case of a crash. There are 10 doctors and five nurses out on the road every day.

The doctors in the medical cars will often treat injuries sustained from a crash while their car is moving and the rider is on their bike and holding on to the vehicle.

A publicity caravan rides the race route several hours ahead of the riders. The caravan includes 170 cars and trucks carrying 600 people representing 35 brands. The caravan is 12 kilometres (7.5 miles) long and takes 35 minutes to drive by. It’s estimated that 14 million goodies will be distributed to fans on the side of the road over the course of the Tour.

In total between 10 and 12 million spectators will line the roads to see the race. On some sections of some of the steep mountain climbs that usually determine the winner of the yellow jersey, cyclists at the limits of human strength and endurance are riding through a narrow tunnel of screaming, delirious and often drunken fans.

Security is provided by a 50-man motorcycle squadron from the Republican Guard, 3,000 agents from the Departmental Councils, 12 full-time police who travel with the Tour and 23,000 police officers and gendarmes who secure the route. Twenty-eight thousand traffic signs are put up to warn the riders of danger on the road.

There are 21 days of racing during the 23 days of the Tour and this entire circus travels from one stage to the next every day. In terms of technology and logistics, organising and broadcasting a sporting event that takes place in a stadium, an arena or a racetrack looks like a warm-up exercise compared to what it takes to produce the Tour de France. It’s possibly the greatest sporting logistics challenge on earth! So we offer laurel wreaths, gold medals and the highest accolades to anyone involved in Tour de France getting people, equipment and ‘stuff’ to the right place every single night.