TIME CRITICAL:
we collect and deliver from one part of Netherlands to another on the same day

WE COVER ALL OF NETHERLANDS… 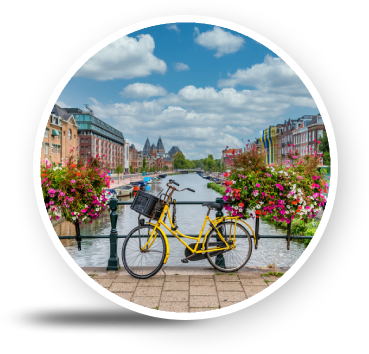 The Netherlands often referred to as Holland is divided into administrative regions or provinces.

These provinces are further divided into more than 300 municipalities (known as gemeenten).

Like France and some other European countries, there are also some overseas special municipalities as in the Caribbean Netherlands.

Rotterdam is often referred to as the ‘gateway to Europe’. Rotterdam’s port is at the centre of Europe’s largest maritime cluster, other strong economic sectors include sciences and health and finance.

The Hague is the administrative centre of the country and houses the important government institutions of Netherlands, as well as the International Court of Justice.

Same Day Couriers Direct serve all the major cities including Amsterdam, Rotterdam and The Hague and further extending throughout to include Utrecht and Eindhoven covering all of Netherlands.