Before we talk teleportation, let’s sit back and imagine a future for courier companies across the UK and the world. A world where no massive queues on the M25 make a same day delivery a stressful target for those South East deliveries. A world where snowstorms and icy roads make being a courier a dangerous job. A world where we don’t care hee-haw about rising Fuel Prices – Predicting The Future which we looked at being able to predict a little while ago. A world where the simple words “Beam that parcel over, Scottie!” is all that is needed for not just same day delivery but same minute delivery.

Yes, the clue is in that timeless phrase “Beam me…..” The famous words uttered by the redoubtable Captain Kirk of the USS Enterprise when exploring deepest darkest and distant galaxies. Teleportation: the stuff of science fiction, Star Trek and movies including Jeff Goldblum in the Fly. 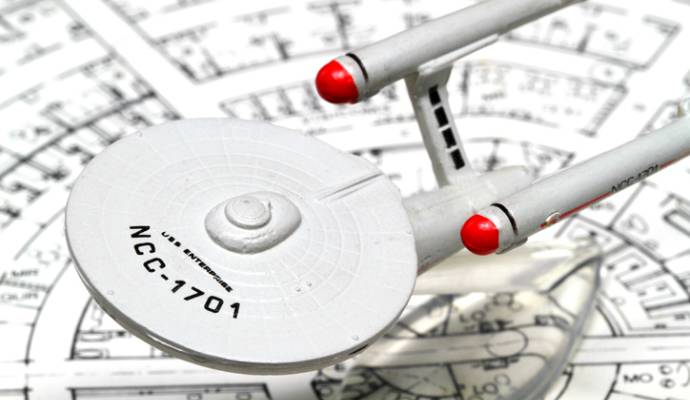 However, it is all extremely complicated and relies on technology that is in its infancy of development. Qubits and Quantum Physics are two terms you will come across frequently if you decide to dive a little deeper. But quite possibly that’s already enough to put you off. So let’s take a very simple look at how teleportation might work in the future to get our parcel from A to B in a sizzle of Star Trek special effects.

Note here though: teleportation of a particle will almost certainly be with us long before teleportation of a human being. Einsteins’ theory of special relativity seems to put paid to that concept. Special relativity is an explanation of how speed affects mass, time and space. The theory includes a way for the speed of light to define the relationship between energy and matter — small amounts of mass (m) can be interchangeable with enormous amounts of energy (E), as defined by the classic equation E = mc2.  (Nope, we don’t truly understand either!)

But back to our simple’ish explanation.

In 1998, physicists at the California Institute of Technology (Caltech), along with two European groups, made IBM’s teleportation theory a reality by successfully teleporting a photon — a particle of energy that carries light.

The Caltech team read the atomic structure of a photon, sent this information across 3.28 feet (about 1 metre) of coaxial cable and created a replica of the photon on the other side. As predicted, the original photon no longer existed once the replica appeared.

In order to carry out the experiment, the Caltech group had to skirt a little something called the Heisenberg Uncertainty Principle. This principle states that you cannot simultaneously know the location and the momentum of a particle. It’s also the main barrier for teleportation of objects larger than a photon. 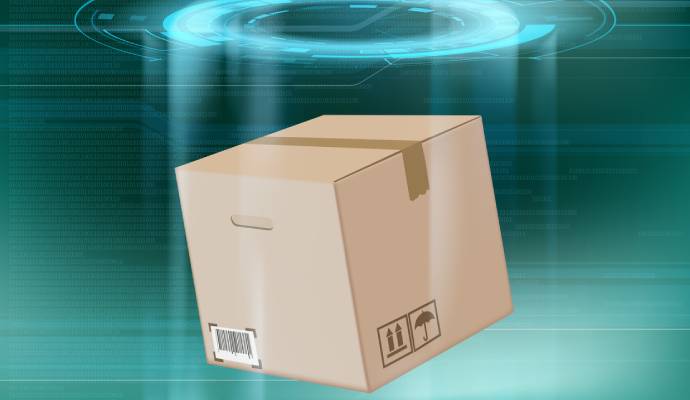 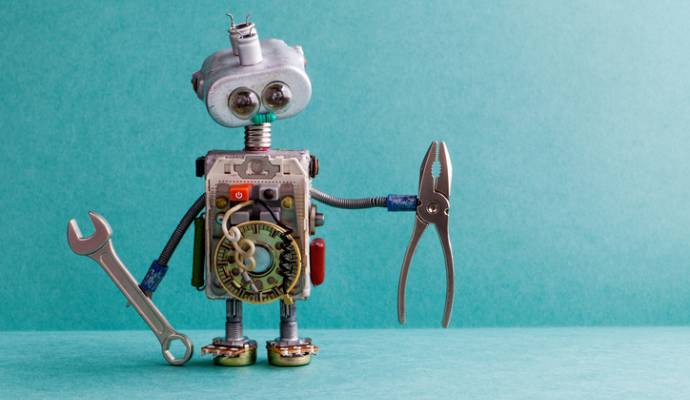 Photon A: the photon to be teleported

Photon B: the transporting photon

Photon C: the photon that is entangled with photon B

In other words, when Captain Kirk beams down to an alien planet, an analysis of his atomic structure passes through the transporter room to his desired location, where it builds a Kirk replica. Meanwhile, the original dematerializes.

Since 1998, scientists haven’t quite worked their way up to teleporting anything larger or breathing, as teleporting living matter is infinitely tricky. Still, their progress is quite impressive. In 2002, researchers at the Australian National University successfully teleported a laser beam, and in 2006, a team at Denmark’s Niels Bohr Institute teleported information stored in a laser beam into a cloud of atoms about 1.6 feet (half a metre) away.

In 2012, researchers at the University of Science and Technology of China made a new teleportation record. They teleported a photon 60.3 miles (97 kilometres), 50.3 miles (81 kilometres) farther than the previous record . Just two years later, European physicists were able to teleport quantum information through an ordinary optical fibre used for telecommunications.

Fast forward to 2021 and reports that researchers in China have found a way to transmit particles from the ground to a satellite orbiting more than 800 miles above the planet. More specifically, the Chinese team, led by Ji-Gang Ren at the University of Science and Technology in Shanghai, beamed the quantum state of a photon (information about how it is polarized) into orbit.  However, it is still basically information that is being teleported.

Are we there yet?

We have some way to go before static objects might be transported with the words “Beam it over Scottie”.   Will it happen? We think it will but not on our lifetime and perhaps not even our children’s but it will and then it will be retirement time for Same Day Couriers Direct.

Until teleportation, just give Same Day Couriers Direct a call on 0333 772 1010 to find out more about the routes we use to cover all the important locations for same day delivery needs in the UK and Europe.