Let’s lift the lid on the confusing, yet exciting world of the drone, their current role in industry and commerce and whether they’re set to take the courier and logistics industry by storm and revolutionise the way consignments are routinely delivered.

What is a drone?

Think of the word ‘drone’ and you’re likely to conjure up an image of a unmanned aircraft flying autonomously – that is, without human intervention. Correct, yet the word ‘drone’ also includes many other types of unmanned aircraft and they don’t all look the same. For example, the Ministry of Defence own both submarine and land based vehicles which operate autonomously and are classified as drones.

So, for the sake of simplicity, ‘unmanned aerial vehicle’ tends to be a term used by the military for unmanned vehicles with autonomous capabilities. Drones and UAVs are both commonly used terms, so as the common factor seems to be that both operate without pilots, let’s just agree to call them drones.

The use of drones in the commercial world

There’s little doubt that the arrival of drones has boosted many a Christmas stocking, as a trendy gift popular for its aerial photography capabilities, but do they also have the potential to be a commercial winner?

A report conducted by one of the Big Four accountancy consultants would suggest so. PricewaterhouseCoopers predicts that the deployment of drones could have a dramatic effect on UK businesses, possibly boosting the economy by as much as £42 billion in just 12 years.

Drones could easily carry out vital health and safety operations, monitoring and inspecting offshore oil rigs, factories and farmland. Cheaper and arguably more effective than human intervention, the use of drones may be a feasible alternative to service roles which carry an element of personal risk. In fact, drones have successfully been introduced into several industries already. Estate agents have greatly benefited from being able to capture bird’s eye views of properties, and the police and rescue services have adopted the use of drones to locate individuals. 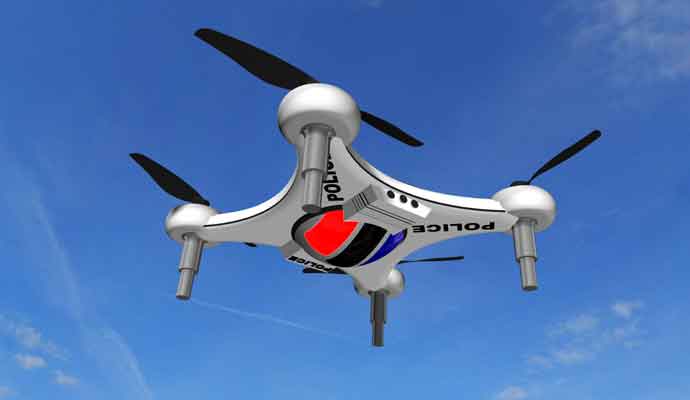 Drone use for the wider courier and logistics sector

After years of research, surveys and flight trials, it seems that the unmanned delivery of goods could well be a step nearer.

Wing, owned by Google’s parent company, Alphabet, has recently launched a food takeaway service and medicine deliveries operated by drones to homes across Canberra, Australia, lowering goods into customer’s home by a length of string. 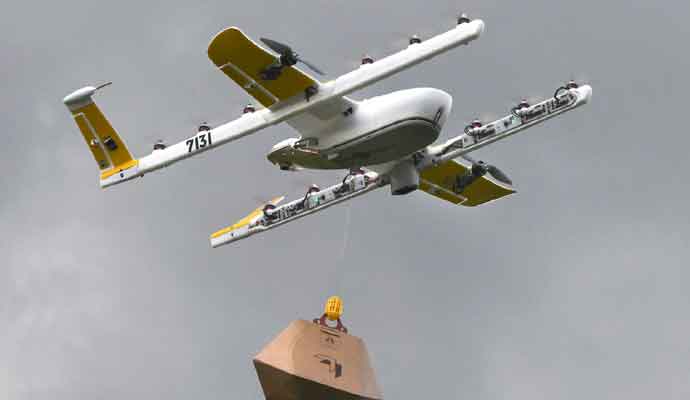 After years of research, surveys and flight trials, it seems that the unmanned delivery of goods could well be a step nearer.

Wing, owned by Google’s parent company, Alphabet, has recently launched a food takeaway service and medicine deliveries operated by drones to homes across Canberra, Australia, lowering goods into customer’s home by a length of string.

Having been granted permission to fly by the country’s aviation authority, restrictions on flight times and weight limitations apply. Whilst critics have raised concerns about the noise and intrusive nature of drone deliveries, this invaluable feedback has enabled Wing to look into more advanced technology with a view to expanding its coverage across Australia.

Closer to home, Europe’s first drone delivery service will soon be launched in Helsinki, Finland. Within minutes of an order being placed by a smartphone app, consignments weighing up to 1.5kg (3.3lbs) will be delivered by an unmanned drone. Wing, the named provider of this service, chose Finland for its European trial citing the Finnish as being ‘renowned for being early adopters of new technologies.’

Are we likely to see drone deliveries any time soon in the UK?

Global giants such as Google and Amazon would love to think so. Jeff Bezos has already threatened to turn the logistics industry upside down with Amazon’s prediction that octocopter drones may soon be delivering packages within 30 minutes of order.

However, despite Google’s promised launch of ‘Project Wing’ for 2017, Amazon’s announcement of ‘Project Launch’ for 2015 and the likes of Alibaba, Fleye and Skycatch beginning to tinker with drone technology, thus far only prototypes have been established and the future of UK drone deliveries still seems to be a distant dream. 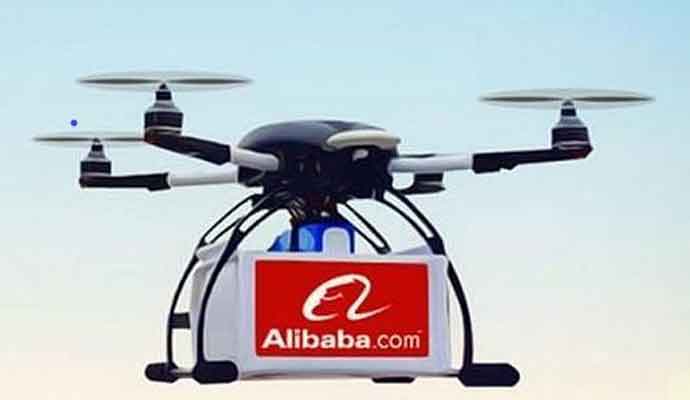 However, despite Google’s promised launch of ‘Project Wing’ for 2017, Amazon’s announcement of ‘Project Launch’ for 2015 and the likes of Alibaba, Fleye and Skycatch beginning to tinker with drone technology, thus far only prototypes have been established and the future of UK drone deliveries still seems to be a distant dream. 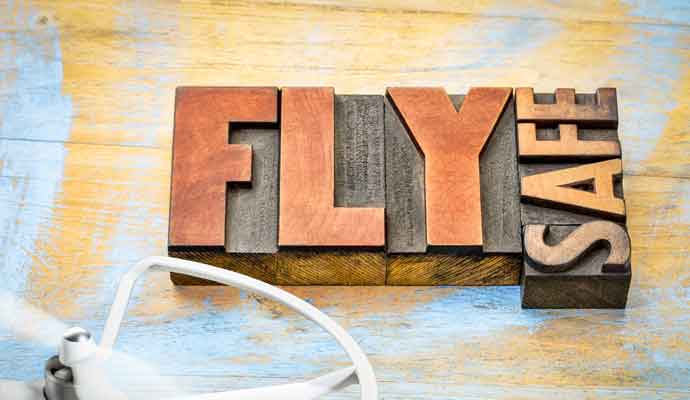 A recent incident regarding drone use at Gatwick Airport caused not only security fears, but chaotic disruption to scheduled flights and timetables. It’s clear there’s a lot of work to do before governmental and aviation policy and procedures embrace the idea of a drone operated courier industry for the UK. Safety is paramount, both for airspace activity and for the general wellbeing of everyday life. The onus is on courier companies to conduct expensive, time consuming trials which overwhelmingly allay any safety and security fears.

Weather, battery life, unreliable data, risk of theft, etc have all been quoted as being hurdles to overcome before drone deliveries of packages is a feasible option for UK skies. For drones to regularly fly over densely populated areas, sophisticated technology must ensure that the mechanics are failsafe, can be tracked by air traffic control and are aware of other aircraft. Legal and insurance perspectives must also be fully researched and factored into flying terms and conditions.

In order to fulfil Amazon’s initial promise of being able to deliver in 30 minutes or less, customers would need to live within 10 miles of an Amazon logistics centre. Would it be feasible to operate such a service when customers could easily drive and collect orders within 30 minutes?

Whilst it is inevitable that rapidly evolving technology is likely to impact the UK courier and logistics industry over time, the prospect of drone deliveries raises a multitude of legal implications and safety concerns which will first need to be addressed.

Give us a call today on 0333 772 1010 and discover how Same Day Couriers Direct offer tailor made delivery services to cater for all your transit solutions.