Top Delivery Services In The World

Courier and parcel delivery companies: it’s big business. We’ve already looked at two of the industry giants, UPS and FedEx and followed their journey. But they are not the only kids on the block so we thought we’d take a look at some of the other top delivery services in the world. Much has changed in the world of parcel delivery and same day couriers not just in the UK but across the globe.

But before we begin, just how do you measure size for a parcel delivery company: area covered, turnover, parcels delivered, longevity, or, number of employees, as we chose to go with . Don’t worry, if you don’t like our method of selecting some companies to explore, you can do your own research at the value site.

Oh, did we also mention that each of our chosen companies was a multi-billion dollar operation? They’ve earned their place in the top echelons of parcel delivery.

SF was established in Shunde, Guangdong Province in 1993 providing a service between Hong Kong and Guangdong Province. In 2016, SF was approved to be listed in A-Share stock market by the China Securities Regulatory Commission. They have in the region of 114,000 employees and a valuation of $61 billion and are reckoned to be the second largest company in China.

SF consider themselves to be one of the leading integrated express logistics service providers in China. SF has built an integrated logistics networks of an Aviation Network, Ground Network and an Information Network. 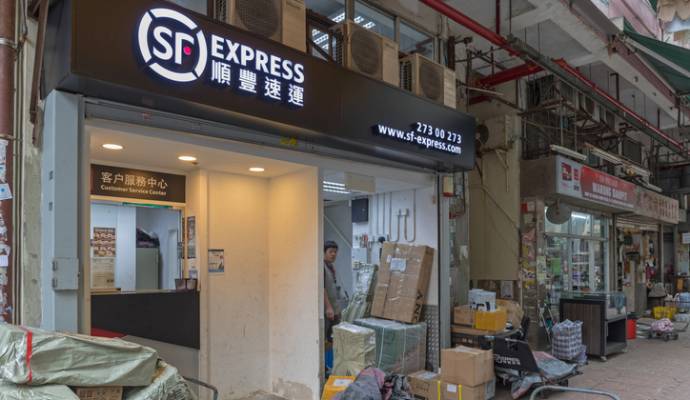 An interesting fact now: SF Express opened at least 500 Heike stores in 2014. Heike means “Hey Customers” in English. The outlets were to allow customers to mail and collect packages, try out products and place orders online. The company had also installed ATMs, electronics repairing services, laundry and fitting rooms in some of the outlets.

SF Heike was an important project. It was an O2O (online-to-offline, and offline-to-online) and they expanded the business rapidly to nearly 3,000 stores within a few months. However, the development of SF Heike suffered setbacks during the actual operations and failed to meet the expectations of SF Express. It went through two stages of transformation, to SF Home and to SF Best, while most stores were still in a state of loss. Why did the SF Heike project not succeed with over a billion Yuan in losses? This TheCaseSolutions article is worth a read if you want more information.

But they continue to grow and not allowed the Heike failure to hinder them. In February 2019, SF Express acquired the supply chain operations in China, Hong Kong and Macau from Deutsche Post DHL and SF Express operates one of the largest networks of self-service locker kiosks in Hong Kong with almost 1000 kiosks in October 2020.

With 565,000 employees and a worth of $47 billion this is a giant of a company. They have an amazing history and were probably the first courier delivery company in the world. Founded in 1490 – yes you read that right – Franz von Taxis is considered the founder of the modern postal system. On behalf of the far-flung Habsburg family dynasty, he and his successors set up a courier network that would eventually grow to cover all of Western Europe by the mid-16th century.

Permanent post stations were built about one day’s journey apart. Over time, these stations grew into important economic centres, serving as meeting points and places of trade and exchange where travellers could expect to find taverns, inns and stables. Post stations became crucial focal points in the development of villages and cities. Read more of this fascinating history on the Deutchse Post DHL site. It’s worth a five minute break and a cup of coffee.

Deutchse Post DHL Group headquarters are in Bonn and are quite a landmark – The Post Tower built just over 20 years ago was a symbol of the promise of success for the future of the company. Today they consider themselves the leading mail and logistics company in the world. Their rapid growth into the logistics world was accelerated by their purchase in 2002 of the DHL group. 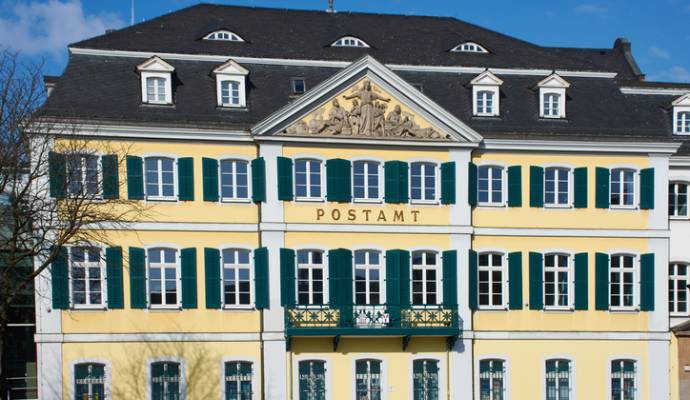 Nice touches are their positive contributions to local communities and the environment, with a focus on environmental protection (GoGreen), disaster management (GoHelp) and education (GoTeach). DHL’s Disaster Response Teams, for example, are deployed around the world any time logistics support is needed in the wake of a natural disaster. The Group also cooperates worldwide with SOS Children’s Villages and the Teach For All organization to improve educational opportunity and employability for young people. 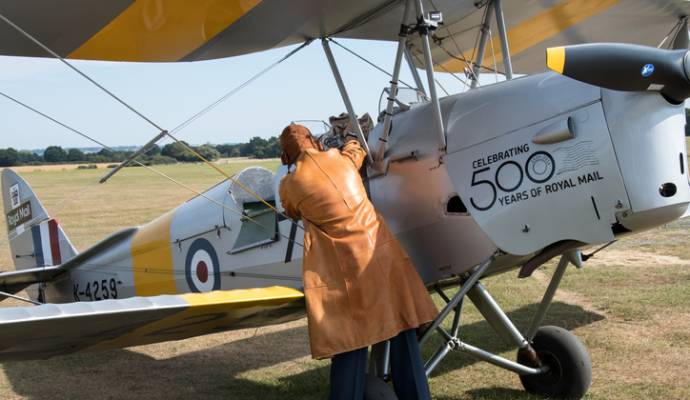 Royal Mail makes a close runner up to Deutsche Post in terms of longevity tracing its origins back to 1516. Once again a fascinating read for history buffs and we will take a deeper look in another article. But it all started with Henry VIII appointing a Master of the Posts although the service was only available for the Monarch and Court for the next 119 years. Was this started so that Henry could correspond with his many wives?

Royal Mail now boasts nearly 140,000 employees making them one of the largest employers in the UK and is worth $7 billion. Royal Mail officially became a logistics company in 1883 with the introduction of its Parcel Post service. This was reflecting the need for personal and business customers to send more than just a letter. The growth in parcel deliveries sees the title ‘Letter Carrier’ replaced with the more familiar ‘Postman’.

Royal Mail and GLS have two different strategies. Royal Mail delivers parcels and letters across their extensive network, an unparalleled network in terms of scale and shape. Royal Mail has the capability to deliver to every address across the UK and is the UK’s sole designated Universal Service Provider.

GLS is one of the largest ground-based deferred parcel operators in Europe. It has a growing presence in North America and a wide network of partners across the world.

Royal Mail is ranked in the top 10 of YouGov’s Best Brands 2020. GLS is a highly respected brand and is recognised in the majority of its European markets.

Yamato Transport is one of Japan’s largest door-to-door delivery services companies, with a market share of 41%, competing closely with Sagawa Express and Nippon Express. Their head office is in Ginza, Tokyo. They currently employ over 170,000 people and the company worth is $10 billion.

The company’s logo is really quite eye catching. It is a yellow oval with a black cat carrying her kitten in her mouth, symbolizing the company’s promise that they take care of items entrusted to them as though the items were their own family. The company is often colloquially referred to as Kuroneko which means “black cat” in Japanese. The logo is as familiar in Japan as the Coca-Cola logo is in the United States. The logo was developed by founder Yasuomi Ogura. 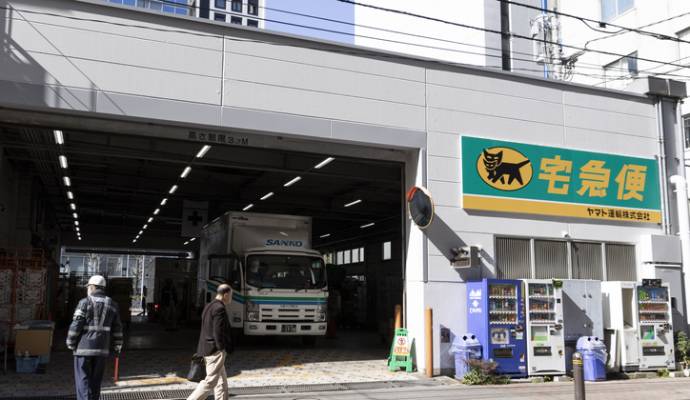 Yamato was founded in 1919 with four vehicles and 17 employees. They started to distribute goods for Japan’s largest department store chain and swiftly established a national transport network, before developing the Ta-Q-Bin service for door-to-door deliveries.

Since the 1980s, Yamato has been operational in Europe as well. Today, they have branches all over the continent and continue to expand as more businesses take advantage of our services in the European market.

It’s a highly competitive market with many players globally. Some companies choose to grow by acquisition. Many aspire to be the biggest it seems but does big always mean exceptional service with a friendly face at the wheels and a helpful team back at HQ?

One thing we can be sure of is that at Same Day Couriers Direct, we do have friendly faces delivering and an outstanding team so give us a call! We can help with all your delivery services.