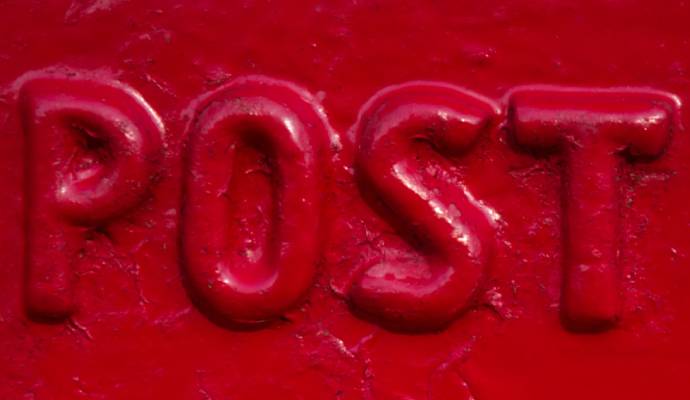 Having looked at top delivery services worldwide, here’s an article for all history buffs with the top UK delivery services provider. We highlighted Royal Mail in our post, Top Delivery Services In The World, as being one of the oldest. Now let’s take a deeper look at one of the UK’s best recognised institutions.

For some time Tuke was secretary to Cardinal Wolsey, and in 1522 he was promoted to be French Secretary to the King; much correspondence passed through his hands, and there are more than six hundred references to him in the fourth volume alone of Brewer’s Letters and Papers of Henry VIII.

However, the postal service was for the use of the monarch and court only for the next 119 years. And what tumultuous years they were. In 1635 Charles I opened up the postal service with the establishment of the Letter Office at Bishopsgate Street, London.

Letters were carried from one ‘post’ to the next ‘post’ by carriers on foot or on horseback. At each ‘post’ the ‘postmaster’ would remove the letters for his immediate area and then hand the rest to another ‘post boy’ who would carry them on. 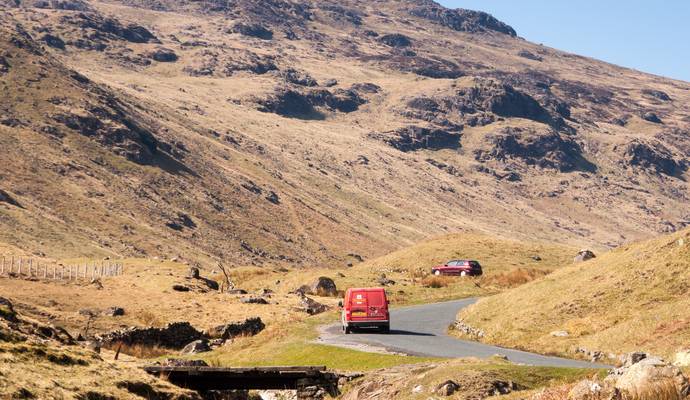 There were six main post roads throughout England and Scotland. The four main post roads ran between London, Dover, Plymouth, and Edinburgh with Bristol and Yarmouth being added by the end of the century. Letters sent through the public postal service could travel only over these routes. This meant that a letter sent from Yarmouth to Edinburgh would have to travel through London.

However, under this scheme, letters were to travel both day and night, and therefore could travel 120 miles in a 24 hour day. In the beginning, a letter written on a single sheet of paper would cost 2d to travel 80 miles with postage to Scotland from London being 8d and to Ireland 9d. Expensive when you consider that in today’s money that would be at least £20.

In addition to this official post service, hundreds of carriers delivered letters and packages across the dominion in direct competition to the service; the early forerunners of entrepreneurial courier services.

An important mark is launched with UK delivery services

1660 was a landmark year with the Post Office Act creating the publically owned postal service. A year later, the world’s first postmark is used. It’s called the Bishop Mark after the Postmaster General, Henry Bishop. It shows the date of dispatch and was designed to give confidence in the speed and reliability of the mail. The postmark remains to this day as an accurate record of when and where the item was posted. Indeed there is a British Postmark Society, so important and historical are these seemingly innocuous marks.

The next 200 years or so sees a steady stream of innovations being brought to the service bringing it closer to what we know today.

1711 – The Post Office Act paves the way for a unified postal service across Scotland, England and Wales. Ireland follows in 1808.

1784 – The name Royal Mail is given to the service when mail coaches become a familiar sight across the country.

1821 – Steam-driven packet ships are introduced to deliver mail across the British Empire as it was then. 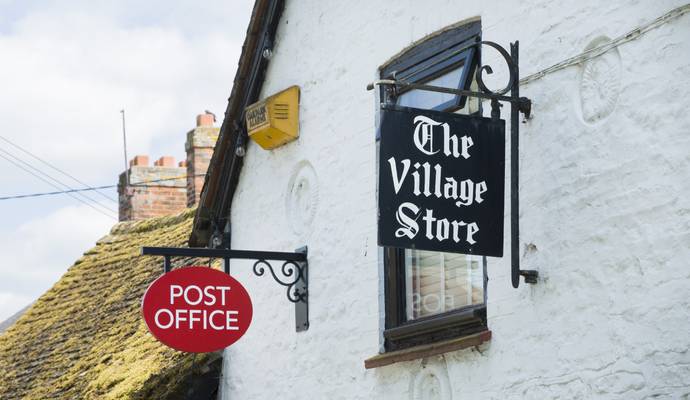 1839 – Uniform postage rates are introduced, replacing a complicated, confusing and expensive system of tariffs; for the first time, the sender pays the postage instead of the recipient.

The stamp every schoolboy wanted in his collection 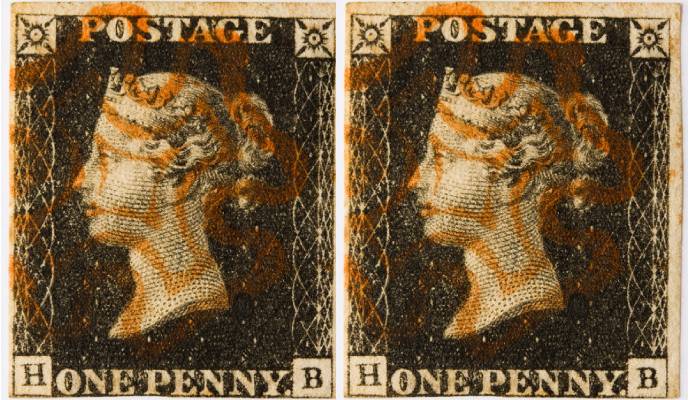 We then arrive at that momentous date, 1849, when the first adhesive postage stamp was launched, The Penny Black. A whopping 68 million were used in the first year alone.

One might be forgiven in thinking that owning a Penny Black now would be a sure fire way to considerable financial gain and a spot on the Antiques Roadshow but the reality is that so many of them were used that today a Penny Black can cost as little as £15 to £30 if it’s in poor to reasonable condition. You might have to pay between £40 and £150 for a specimen of better quality, whereas a fine used example could fetch around £250 to £400.

What the Penny Black did do was greatly increase the popularity of mail. Mail volumes rise from 67 million in 1839 to 242 million by 1844. They jump to more than 1 billion letters a year by 1875.

The next 50 years for UK delivery services

1853 – Postboxes were introduced to the British mainland, following a trial on the Channel Islands the previous year; they were green to start with and feature the insignia of the monarch at the time.

1883 – Parcel Post is launched, reflecting a need for personal and business customers to send more than just a letter; the growth in parcel deliveries sees the title ‘Letter Carrier’ replaced with the more familiar ‘postman’.

1901 – The Association of Post Office Women Clerks is founded; it’s the first association in the UK civil service to represent female clerical workers.

1907 – The first motor vehicle enters the postal service; the two-and-half tonne lorry covers 300,000 miles in its 18 years of service.

1911 – The world’s first scheduled airmail service begins, as part of the celebrations of the Coronation of George V; British aviation pioneer Gustav Hamel flew from the London Aerodrome in Hendon to the Postmaster General’s office in Windsor.

The war also saw a huge rise in letters and parcels being sent to loved ones fighting abroad. At its peak, 2,500 staff handled 12 million letters and a million parcels in a week. Again, staggering numbers we tend to associate with modern day habits, not over a century ago.

The 20th century continued to deliver innovation, again with some amazingly high numbers.

1959 – Postcodes are introduced in a trial in Norwich; they are rolled out nationally from 1965-1974, giving a postcode to every British address; Postcodes allow mail to be sorted automatically by machine; the combination of letters and numbers allows for over 48 million unique combinations, making it one of the most precise postcode systems in the world.

1968 – First and Second Class letter services are introduced – the first in the world.

1981 – The British Telecommunications Act splits the General Post Office into two separate organisations – postal and telecoms; this ends the Post Office’s control of the national telephone service which it took over in 1912. 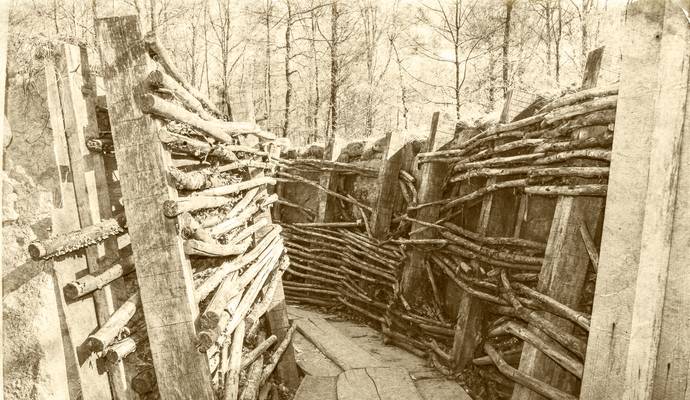 1986 – The Post Office is organised into three separate businesses – Royal Mail Letters, Parcels, and Counters; the Parcels business forms the foundations of Parcelforce.

1989 – GLS is founded as German Parcel when 24 German carriers join together to offer services nationwide; Rico Back, now Group Chief Executive Officer of Royal Mail, was a founding member of the company.

1990 – Royal Mail Parcels is rebranded as Parcelforce; the change of name is accompanied by a massive investment in IT and infrastructure, introducing online tracking and the construction of national and international sorting hubs; in 1998 it was rebranded again to become Parcelforce Worldwide.

1999: Royal Mail acquires German Parcel, one of the largest parcel delivery service providers in Germany; later in the year the company is rebranded GLS (General Logistics Systems); GLS succeeded in establishing a stable European parcel network in just a few years; today it covers 42 European countries and eight US states.

We’ll leave our journey through the Royal Mail and its UK delivery services here at 1999 and maybe come back another time to the 21st century.

What can we be grateful for? We think a world class service setting the groundwork for the rise of independent courier companies across the UK, many now offering same day services. And to think it all started with Henry VIII, not just a wily womaniser but an innovator and modern thinking monarch. Did he foresee the success of appointing Brian to the post? We’d like to think he did.