Self-driving Lorries Or Self-driving Cars – Which Will Win The Race For Our Future Transportation?

Autonomous vehicles, once thought of as a futuristic vision, may soon be travelling across major cities, bringing with them your online orders, packages and consignments.

Technology is rapidly evolving. Intelligent infrastructure is improving accuracy and safety, and cost reductions in radar and camera systems mean that autonomous vehicles are edging one step closer to reality.

It’s an exciting innovation providing opportunities for growth, yet with all the talk of autonomous cars becoming an everyday feature, have we overlooked the fact that the first autonomous vehicles may be lorries?

We investigate the autonomous vehicle industry, and in particular self-driving lorries, technological challenges, potential timeline for widespread introduction and the perspectives of leading manufacturers.

Whilst self-driving lorries and cars make use of similar technology to fuel their artificial intelligence systems, their anticipated roll out development is unlikely to be identical. 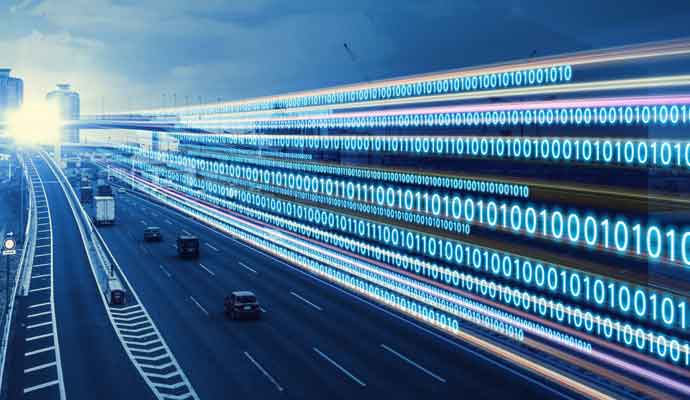 The weight of lorries creates extra technological challenges. The time it takes them to stop in the event of an accident is longer and they have less ability to swerve accurately. Similarly, depending on their industry use, self-drive employment would also differ from that of the autonomous car, leading to possible legal and technical issues.

From an operating perspective, logistics service providers and fleet operators would need to develop their capabilities to remotely monitor lorries, implementing management of platooning from central platforms.

Developmental stages for the roll out of self-drive lorries

Rather than fleets of autonomous lorries arriving on our roads at a given date, their introduction is likely to be gradual, aimed at increasing the efficiency of human drivers.

Many companies already working in this space report that their focus is not to eliminate the need for human drivers, but to aid the productivity of drivers, reducing fuel costs and run times. 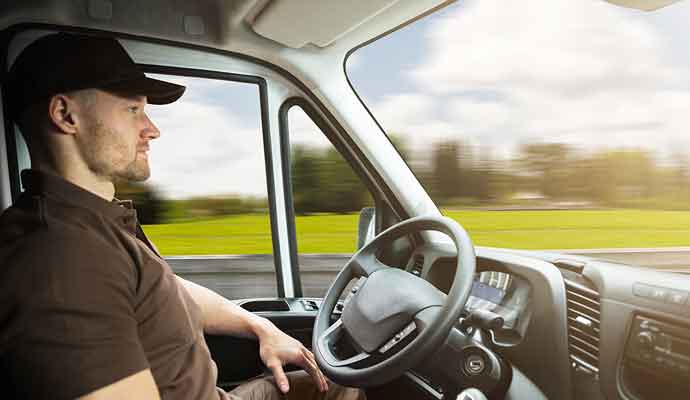 The Transport Secretary has already announced trialling for autonomous lorries on UK motorways. Whilst these will include drivers as a safety control measure, the aim is to platoon three wirelessly connected autonomous vehicles, travelling in convoy with acceleration and braking controlled by the lead vehicle. This lead vehicle would push air out of the way of the two following autonomous vehicles, enabling them to lower emissions. Daimler have initiated successful platooning trials across Europe.

Similar trials have also been conducted across the US. America, in fact, boasts the first successful commercial use of self-driving lorries when Otto, a subsidiary of Uber, transported more than 50,000 cans of Budweiser 120 motorway miles via an autonomous HGV.

Timelines and perspectives of major players

The freight and haulage industry has far more to gain from the introduction of autonomous vehicles than the domestic car manufacturing sector, but, as we’ve highlighted above, greater levels of technology are needed for successful implementation. Again, eliminating human drivers is not priority. 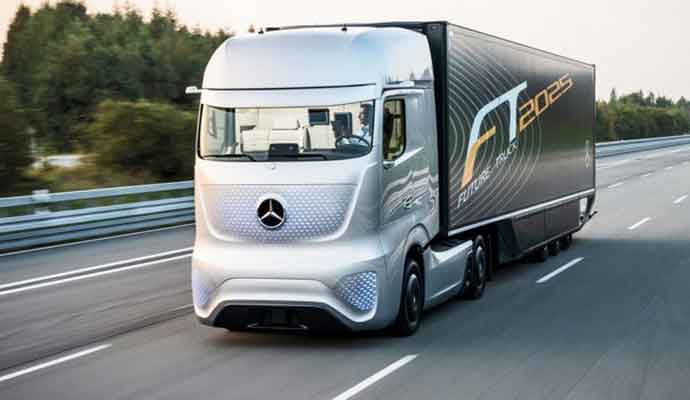 Daimler is a major player in commercial vehicle manufacture and has invested heavily in autonomous technology. The first company to obtain a self-driving truck licence in Nevada 2015, it does not envisage fully autonomous self-driving lorries will be mainstream for a long time. Their focus is to perfect the driving technology of self-driving trucks to support drivers rather than replace them and hope to have a range on the market in a few years’ time.

Tesla’s Semi truck has been spotted testing autonomous driving capabilities between its factories in Nevada and California. Production of self-driving lorries is expected to commence during 2019.

Belgian logistics company, Katoen Natie, is also piloting autonomous vehicles on an eight kilometre motorway sector. In the final stage of the pilot, the truck is scheduled for public routes. 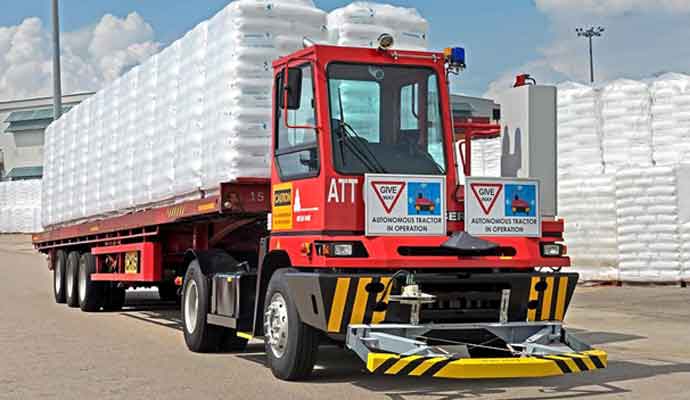 Belgian logistics company, Katoen Natie, is also piloting autonomous vehicles on an eight kilometre motorway sector. In the final stage of the pilot, the truck is scheduled for public routes.

Interestingly, Volvo, another major player, is focusing its self-driving research in commercial areas where speed is not required. For example, refuse lorries, tractors and farming equipment. These are simpler applications which they predict will become commercially available in the not too distant future

Simply getting to the point where lorries have an ability to drive themselves either on a motorway or specific routes would transform the freight and haulage industry. Many inside and outside of the industry believe this is possible within the next few years.

Benefits of using autonomous vehicles for the transport and haulage sector

Automated vehicles can operate 24/7. Laws regulating driving times and the provision of rest stops would no longer restrict operations, since automation could take over control, enabling drivers to sleep en route rather than park up. Safety could arguably be a further benefit as automated vehicles tend to operate safely and economically than human drivers – consistency would be maintained with less room for driver error.

The big question is when, if and how regulations will keep pace with technology. The UK government is currently seeking to implement a whole raft of regulatory changes to the Highway Code to enable self-driving lorries and the use of platooning to take place along major motorway routes. It would also need to adapt regulations around remote controlled parking and lay foundations for changes in insurance rules for automated drivers, proposing a system where vehicle manufacturers are likely to share risks with insurers. 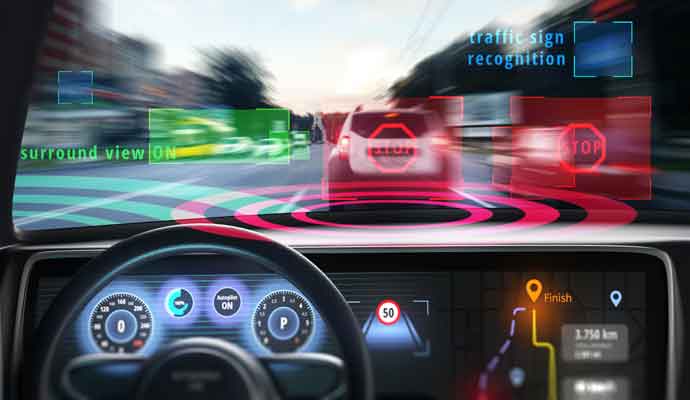 The big question is when, if and how regulations will keep pace with technology. The UK government is currently seeking to implement a whole raft of regulatory changes to the Highway Code to enable self-driving lorries and the use of platooning to take place along major motorway routes. It would also need to adapt regulations around remote controlled parking and lay foundations for changes in insurance rules for automated drivers, proposing a system where vehicle manufacturers are likely to share risks with insurers.

Perhaps time frames for how quickly these developments lead to widespread commercial use will be determined by the strength of major manufacturers lobbying the government for reform.

However, with the UK government initiating platooning trials and seeking to adapt the Highway Code, we firmly believe that the appearance of self-driving lorries on UK motorways will be a common occurrence sooner rather than later. With its vast capacity to implement cost saving efficiencies, reduce down time and increase motorway safety, self-driving lorries could well be on our roads before self-drive cars. Economic revenue, we believe, will be the main driving factor.