Sat Navs – Ready To Be Consigned To History?

In a recent article when we looked at the what3words App as a tool for the future for same day deliveries in the UK, we wondered if Sat Navs might be heading towards the history books as a driving navigation aid. Just in case they are, we thought it might be an idea to look at the history of Satellite Navigation. It only seems a few years ago that every delivery van had some maps in the door pocket and now those maps are now pretty much consigned to the recycling bin. Will the same happen to Sat Navs?

The technology behind Sat Navs

First of all, how do they work? In a nutshell GPS (Global Positioning Satellites), satellites have built in atomic clocks which constantly transmit live time and positional data to GPS receivers on the ground. Of the 24 GPS satellites in orbit, a device such as a Sat Nav must have at least four in unobstructed sight in order to receive accurate signals. Apart from sending us on the right road, GPS has a wide range of other applications including aviation and crime prevention.

The Space Race and Sat Navs 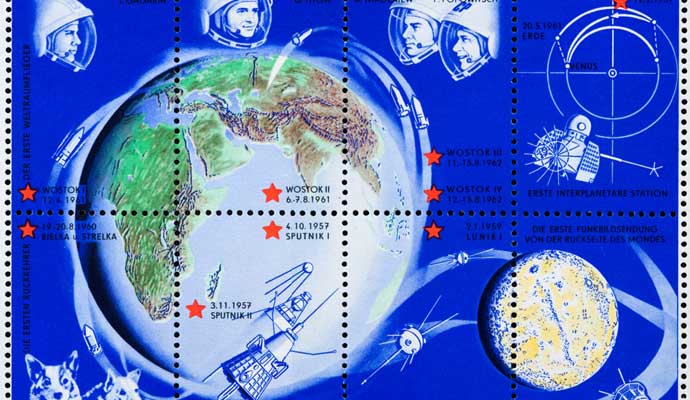 The story behind Satellite Navigation is really quite interesting and like many innovations has the military to thank for its development. We must go back to the early days of the Cold War and the Space Race for the first satellite tracking technology. In 1957 Russia struck a massive blow to the ego of the USA with the launch of Sputniks 1 and 2. But it only took a further year for the US to enter the space race with the successful launch of Explorer and the founding of NASA.

The U.S. Department of Defence first developed satellite-based global positioning technology for the military. An early satellite-based system named TRANSIT was up and running as early as 1960, with more refined and precise versions involving multiple satellites in general military use by the early 1980s.

But it wasn’t until 2000 that precision GPS navigation became open to the public. This wasn’t because it wasn’t available. It was and the military had been adding interference with the signals to stop any commercial development. It took until 2000 and years of deliberation before the military were ordered to stop the interference.

And the consumer boom took off for what we all now call Sat Navs. Of course, there was also a boom in the launch of satellites. As of 17 June 2021 there are a staggering 77 Global Positioning System navigation satellites which have been launched: 29 of which are operational, four unhealthy or in reserve, one being tested, 41 retired, and two were lost during launch.

Did you know that in order for global positioning to work, Einstein’s theories of special relativity and general relativity must come into play. On a basic level, GPS finds a position by looking at the time stamp from at least four of the orbiting satellites, how far away each one is and how far apart each one is from the other. With that data, the system triangulates a position on the ground. But because of relativity, the clocks in the satellites advance ever so slightly faster than clocks on the surface of the Earth. Plus, moving clocks are slower than ones standing still by a very tiny amount.

While those two effects work against each other, the net result isn’t equal: calculations end up with a discrepancy of roughly 38 microseconds per day. That incredibly small difference is still enough to report an actual position off by miles, which would render the GPS system worthless, were it not for allowing for relativistic effects. 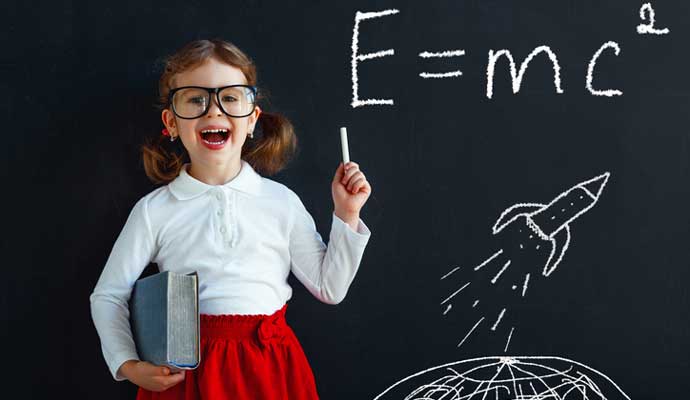 Not just the USA

However, there had been other developments, particularly in Europe, in the late 20th century whilst waiting for the Americans to unscramble the satellite signals.

Delivery of digital maps began in 1984 with Tele Atlas, together with the University of Ghent. Tele Atlas’s map services were initially delivered through CDs, DVDs and in-dash navigation systems. The following year, Philips entered vehicle navigation with its embedded navigation system, Carin. These systems used sensors in the car to determine relative positioning. Looking at the rotation of the wheels and position of the steering wheel, they were able to measure distance and direction. 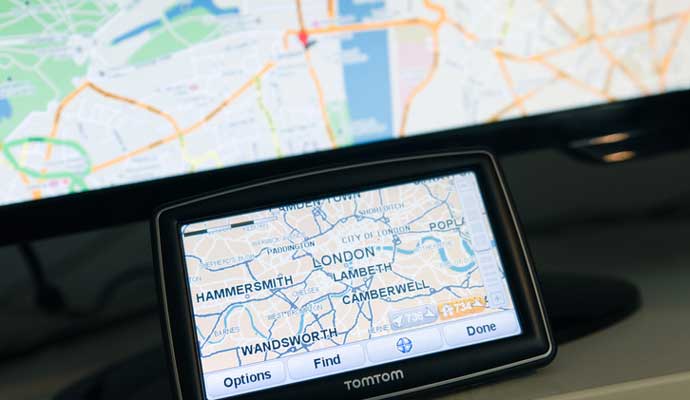 In 1994, TomTom was making various navigation applications for minicomputers, or PDAs (Personal Digital Assistant). Their main focus then was route planning. They developed a bundle of software, maps and a GPS receiver that drivers could connect to their PDA. Add a combination of a touchscreen, GPS receiver, maps and software in one portable navigation device (PND), navigation became accessible for everyone off the shelf Sat Navs became accessible for any driver.

Portable devices were updated easily and inexpensively via the computer. In-dash systems moved from CDs and DVDs to memory cards and USB sticks and now come embedded in most vehicles or easily connect via the mobile phone. Indeed embedded navigation is thought to contribute to increased safety according to the EU road accident database, accident rates dropped the moment these systems became mainstream.

Driving automation is taking these safety gains even further, relying on advanced driver-assistance systems (ADAS) maps that help the driver or the vehicle to look ahead and around the corner. Whoosh and we’re on another subject we have looked at extensively – Are Driverless Trucks Ready For Everyday Deployment?.

When it comes to vehicle navigation what’s next?

With maps that are updated over the air based on driving behaviour and real-time traffic data, drivers have instant access to dynamic, constantly up-to-date information. It’s no longer about getting from point A to point B – now it’s which route is the fastest, safest and most efficient.

It’s not a huge leap for your vehicle to incorporate large screens behind the steering wheel or projected on the windshield clearly showing the way. And if equipped with a passenger display, other riders can search for restaurants along the route and send them to the driver’s display. Data from the fuel tank or battery pack combines directions to the lowest fuel prices or available fast chargers. Upon arrival, suggestions for free parking spots with matching electric charging point appear. And whilst we’re are at it, payment for the parking and charge done automatically.

Apps and Smart Phones alone are rendering portable devices redundant. Vehicle connectivity continues to innovate so we reckon that it won’t be too long before Sat Navs packed in their original boxes complete with the state of the art (as it was 20 years ago) DVDs will be popping up on retro spots on the Antiques Roadshow.

Our Same Day Couriers Direct team have still to completely throw away the maps and there may be one or two still lurking in the depths of a van door pocket. But we do know that the team do rely on receiving and using the latest technologies to keep delivering the same day across the UK.