We look at what are popular songs in a road trip playlist song: “Riding along in my automobile….Cruisin’ and playin’ the radio” – the 1964 track “No Particular Place to Go” written and performed by Chuck Berry is a good place to start this article. We do play the radio when driving. According to RAJAR (PDF, 658 KB, one page info-graphic) 61% of listening location is in a vehicle. RAJAR stands for Radio Joint Audience Research and is the official body in charge of measuring radio audiences in the UK so you know the information is not biased. We listen to music of all genres, talk shows, local radio with all its jingles, sport radio for up to the minute commentaries and sometimes the quite bizarre.

What are the tunes that get your fingers tapping the steering wheel when they come on the airwaves or perhaps ones that you have downloaded to your playlist? It’s all a matter of taste of course but we asked a few folks for their favourites and here we go. We’ve tried to include some trivia about each track if we could find it. Good stuff for future pub quizzes!

Trivia fact: Robinson came up with the tune ‘trying to work out the chords to Climax Blues Band’s “Couldn’t Get It Right”‘ which he could not really remember. This led to the simple three-chord repeat of “2-4-6-8“. The verse came from Robinson’s memories of driving back to London through the night after gigs with Café Society: “By the time our van hit the last stretch of M1 into London the motorway sun really was coming up with the morning light.”

[1] The chorus was lifted from a Gay Liberation chant: “2, 4, 6, 8, Gay is twice as good as straight… 3, 5, 7, 9, Lesbians are mighty fine”. Although the chorus is based upon a gay liberation chant, this is not clear to the casual listener.

The song is about the joys of driving a lorry through a rainy night, until dawn. Definitely a good one for Same Day Couriers Direct as we live up to our name of same day.

Trivia fact: the lyrics were inspired by a story that Bono heard about Belfast, Northern Ireland, where a person’s religion and income were evident by the street on which they lived.

He contrasted this with the anonymity he felt when visiting Ethiopia, saying: “the guy in the song recognises this contrast and thinks about a world where there aren’t such divisions, a place where the streets have no name. To me, that’s the way a great rock ‘n’ roll concert should be: a place where everyone comes together.

Bono wrote the lyrics while on a humanitarian visit to Ethiopia with his wife, Ali; he first wrote them down on an airsickness bag while staying in a village.

Lyrics by Jim Morrison and music by Robby Kreiger.

Trivia fact: “Peace Frog” features lines inspired by true events surrounding the band’s front-man Morrison: the line “Blood in the streets in the town of New Haven” is a reference to his onstage arrest on December 9, 1967, during a live performance in New Haven Arena. After the guitar solo, the song enters a spoken word verse with the lines “Indians scattered on dawn’s highway bleeding, Ghosts crowd the young child’s fragile eggshell mind”, which are lifted from Morrison’s poem “Newborn Awakening”.

Ah! The Doors and Jim Morrison – to borrow the quote about Lord Byron, “Mad, Bad and Dangerous to Know”

Equally as “Mad Bad and Dangerous Know” are those timeless rockers The Rolling Stones. This number came up more than once with our panel so you know it’s a driving goodie. 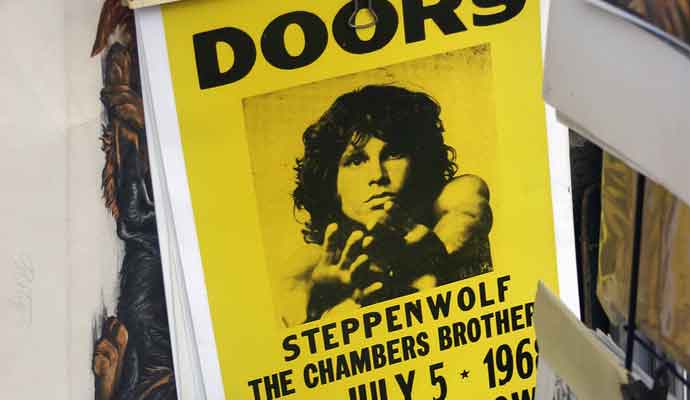 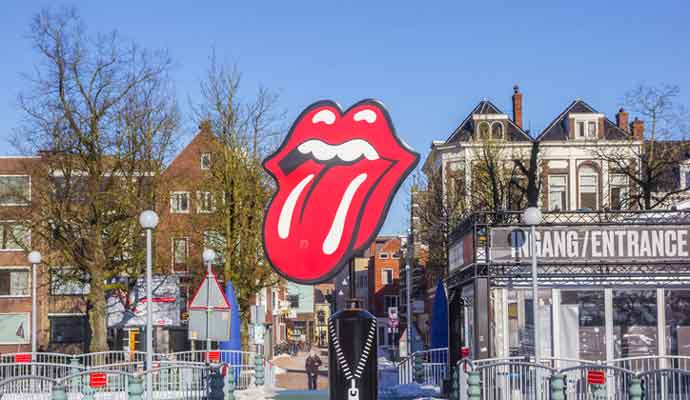 Trivia fact: according to Keith Richards, co-writer with Mick Jagger he had been sitting by the window of a friend’s apartment on Mount Street in London with an acoustic guitar when suddenly the sky went completely black and an incredible monsoon came down. It was just people running about looking for shelter – that was the germ of the idea. They went further into it until it became rape and murder are ‘just a shot away’. Very dramatic and edgy

Now for something more uplifting and depending on which version you choose up to 9 minutes of rhythmic soul. Not just finger drumming but maybe some funky gyrations at the wheel too.

This tune has been covered many times but few can match Mayfield’s vocal talents and smooth sounds.

Ha! Fleetwood Mac, the band with stories aplenty and far too many trivia facts to choose from. Indeed this album was their second biggest selling studio album after Rumours and most of the tracks are very driveable too just like Rumours. Our panel picked “Everywhere” for its steady beat and its singalong-ability. After all we all like to sing along as we drive – even our drivers at Same Day Couriers Direct have been known to belt out a few tunes behind the wheel. But a small trivia fact: it was featured in a 2013 advert for mobile phone provider 3.

That’s our first six top tunes for driving. We hope you like our panels’ choice. We’ve got some more which we’ll publish next month. Next time you see one of our vans on the road, if it is safe to do so, have a look and see if our driver is singing and work out if it is one of our top tunes.