Octocopters And Their Ability To Act As Flying Delivery Lorries

If you’re not familiar with the term ‘octocopter,’ you could be forgiven for thinking it’s something you’d see in an American sci-fi movie, a version of Transformers perhaps, complete with robotics and autobots.

One thing you might be able to work out is that octo means eight, and a copter is another term for helicopter. So your powers of reasoning would deduce that an octocopter is a helicopter with eight rotors. Fine, but have you ever seen one, and what purpose would it serve?

What is an octocopter?

Having now established that an octocopter is a helicopter with eight rotors, the missing information you need to know is that it’s a drone – an unmanned aerial vehicle, or UAV. Octocopters are the most expensive and largest category of drones, and, as opposed to merely being a flying photographic gadget you’d quite like to receive for Christmas, octocopters are mainly used in commercial settings.

The main difference between an octocopter and other varieties of drones lies in their weight carrying capacity. Commercial level octocopters can carry a payload (extra weight not including its own weight) of 40lbs.

Who needs the weight carrying capacity of a octocopter?

Most consumers who are considering buying drones really don’t have a need for the extra payload of an octocopter. So why are octocopters on the market and why are they important?

This article digs a bit deeper into the varied life of a commercial octocopter. We find out how they’re used and how they’re improving the world with their technology.

Octocopters are used in many research environments such as in the field of agriculture where they can quickly replace human labour in scoping and recording vast areas of land. Rothamsted Research, a non-profit research centre, deploy octocopters to conduct agricultural experiments, recording crop height and maturity, for example, via the use of advanced imaging software equipment or multiple cameras which can be attached to them. 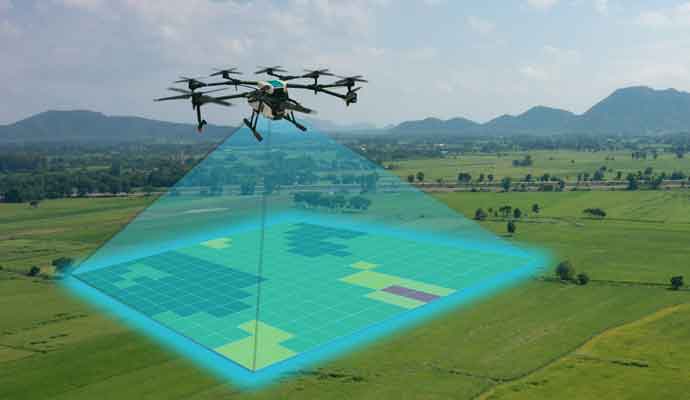 Using an octocopter drastically reduces the amount of time taken to map out miles of land and also gives a better view being that images are taken from the air.

They can also be deployed in situations which contain an element of danger, eliminating risk to human life.

Stable at high altitudes and with an ability to carry cameras capturing thousands of images per second, octocopters are increasingly used in the search for missing persons. 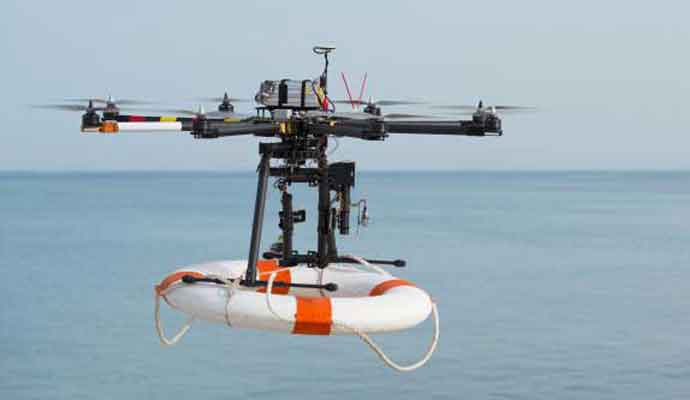 Whilst drones have been used by innovative carrier companies such as Amazon and DHL to carry out small parcel delivery drops in rural locations across America, the use of octocopters for the carrier, courier and logistics industry brings exciting new developments.

Introducing the largest octocopter yet 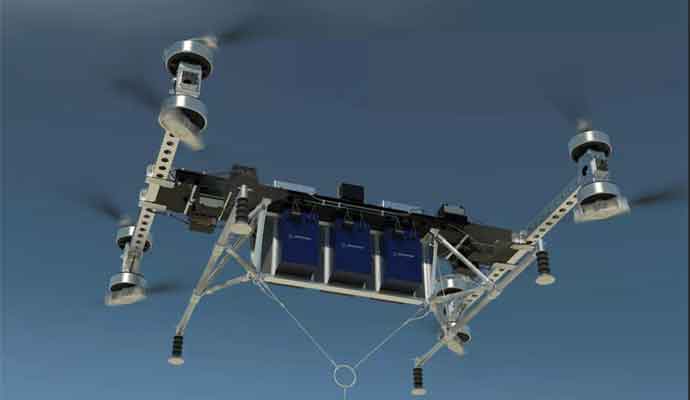 It’s 15ft long, 18ft wide, is equipped with custom batteries which power eight counter rotating engines with six ft long blades and can fly at a top speed of 70 miles per hour.

This, according to its owners, Boeing, is believed to be the face of cargo planes for the future.

This is the world’s largest octocopter and can carry 50 lbs of cargo.

At present, this prototype is far from being a commercial product, but Boeing are keen to expand upon work carried out thus far, stating, “It will be used as a flying test bed to mature the building blocks of autonomous technology for future applications.”

Boeing’s prototype flies entirely on its own thanks to technology from Aurora Flight Sciences, the autonomous flight development company Boeing has recently acquired.

Aurora have been heavily involved with similar autonomous drone carriers for the US military, although these were more basic models, taking off and landing vertically like helicopters.

Boeings prototype alongside Aurora takes drone carrying capabilities to a whole new level with an acknowledgment that the future of transportation is a significant opportunity, and one which will eventually surpass military use.

The world’s largest octocopter is basically a flying delivery truck. Boeing’s aim is for octocopters to rapidly transport goods between distribution warehouses and shops, moving equipment to remote industrial facilities such as oil rigs, but completely autonomously – saving time, costs and risk to human life. 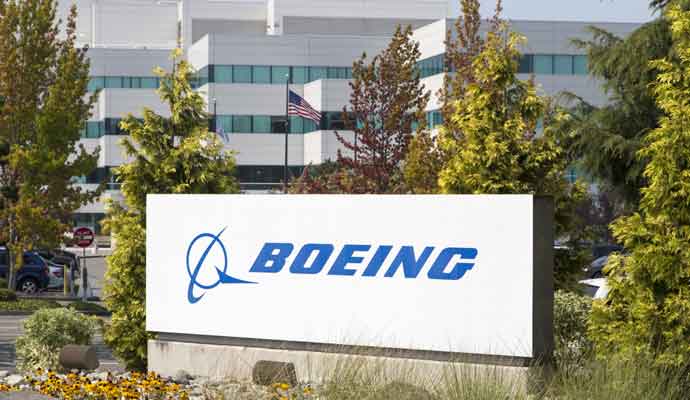 The benchmark has been raised. The ability to carry loads of these weights could easily transform air cargo travel. Package delivery will never quite be the same again. Technology to improve battery life needs further development. Serious discussions among governments, aviation industry experts, airlines and multinational corporations need to lay down the foundation for standards, regulations, policies and risk assessments to enable octocopter drone delivery to become more commonplace.

We may not be envisaging Back to the Future style highways in the sky for quite some time, but perhaps it’s fair to say that we can imagine skies filled with autonomous octocopters taking people from city centres to airports, goods from warehouses to shops, or equipment to offshore locations.

It’s an exciting new concept – the world’s largest octocopter is a flying delivery lorry – and the race to produce and implement wide scale aerial package delivery has definitely begun. It will be interesting to see the eventual winners and learn more about their offerings. Watch this space seems a rather appropriate slogan.