Driving Jokes To Brighten Your Day

It’s January, it’s dreary, long, damp and dark. So we thought we’d look around for some driving related jokes to bring you some cheer. We do like a laugh here at Same Day Couriers Direct and these have all passed the funny bone test.
Enjoy!

Trucker, lawyer, priest, they all fit in driving jokes 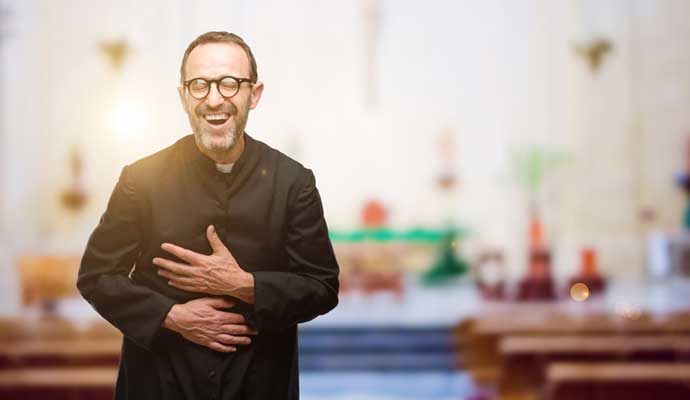 The Trucker would amuse himself by running over lawyers. Whenever he saw a lawyer walking down the side of the road he would swerve to hit him, enjoy the load, satisfying “THUMP”, and then swerve back onto the road.

One day, as the truck driver was driving along he saw a priest hitchhiking. He thought he would do a good turn and pulled the truck over. He asked the priest, “Where are you going, Father?” “I’m going to the church 5 miles down the road,” replied the priest. “No problem, Father! I’ll give you a lift. Climb in.”

However even though he was certain he missed the lawyer, he still heard a loud “THUD”. Not understanding where the noise came from he glanced in his mirrors and when he didn’t see anything, he turned to the priest and said, “I’m sorry Father. I almost hit that lawyer.”

“I know”, replied the priest. “Lucky I got him with the door!”

Trucker stopped at a roadside diner for lunch and ordered a cheeseburger, coffee and a slice of apple pie. As he was about to eat, three bikers walked in.

One grabbed the trucker’s cheeseburger and took a huge bite from it. The second one drank the trucker’s coffee, and the third wolfed down his apple pie. The truck driver didn’t say a word as he paid the waitress and left.

As the waitress walked up, one of the motorcyclists growled, “He ain’t much of a man, is he?”

“He’s not much of a driver, either,” the waitress replied. “He just backed his 18-wheeler over three motorcycles.”

A delivery driver misses the turn-off before the low bridge and gets stuck under it. Cars are backed up for miles.

Finally, a police car pulls up. The cop gets out of his car and walks around to the driver, puts his hands on his hips and says, “Got stuck huh?”

The truck driver says, “No, I was delivering this bridge and ran out of fuel.”

A load in the road

I was walking down the street today when tow truck driver pulled up alongside me and said, “Excuse me, I’m looking for the accident site involving a van carrying a load of cutlery.”

“No problem,” I said. “Go straight down this road for 1 mile, then take the first left, and when you get to the fork in the road you’re there.” 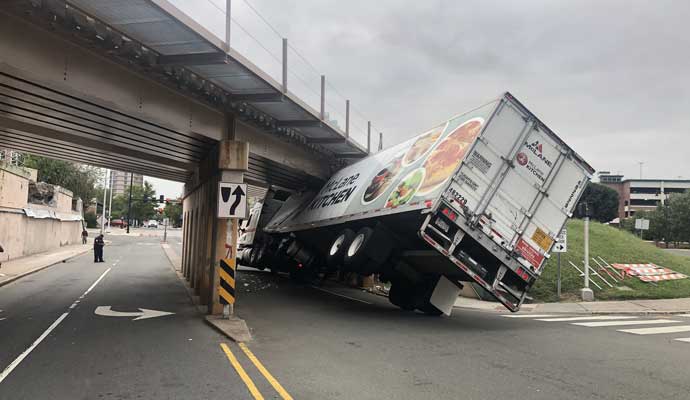 One upmanship good for driving jokes 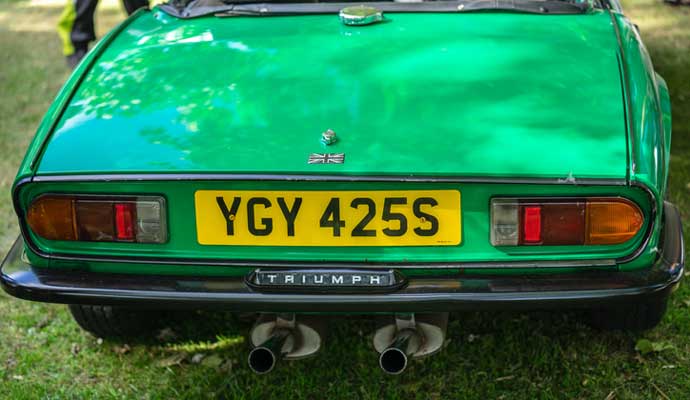 This is an oldie but rather good.

A Triumph GT6 pulled alongside a Rolls-Royce at a traffic light.

That afternoon, he had a mechanic install a double bed in his car.

A week later, the Rolls driver passed the same GT6, parked on the side of the road with its back windows fogged up and steam pouring out.

The arrogant driver pulled over, got out of the Rolls and banged on the GT6’s rear window. “I want you to know that I’ve had a double bed installed,” bragged the Rolls driver.

The GT6 driver rolled his window down and frowned at the Rolls driver. “You got me out of the shower to tell me that?”

Now for some true tales from insurance claims. Just as funny as the jokes!

Coming home I drove into the wrong house and collided with a tree I don’t have.

The other car collided with mine without giving warning of its intention.

I thought my window was down, but I found out it was closed when I put my head through it.

I collided with a stationary truck coming the other way.

A truck backed through my windscreen into my wife’s face.

A pedestrian hit me and went under my car.

The guy was all over the road. I had to swerve a number of times before I hit him.

In an attempt to kill a fly, I drove into a telephone pole.

I had been shopping for plants all day and was on my way home. As I reached an intersection a hedge sprang up obscuring my vision so I could not see the other car.

I was on my way to the doctor with rear end trouble when my universal joint gave way causing me to have an accident.

To avoid hitting the bumper of the car in front of me I struck the pedestrian.

My car was legally parked as it backed into the other vehicle.

An invisible car came from out of nowhere, struck my car and vanished.

I was sure the old fellow would never make it to the other side of the road when I struck him.

The pedestrian had no idea which direction to run so I ran him over.

I saw a slow-moving, sad-faced old gentleman as he bounced off the roof of my car.

I was thrown from my car as it left the road. I was later found in a ditch by some stray cows.

The telephone pole was approaching fast. I was attempting to swerve out of its path when it struck my front end.

Some light hearted humour to brighten the dull January days. What’s your favourite driving joke? We’d love to hear it and maybe include in our next round up.