Couriers History Through The Ages

Same Day Couriers Direct – the name says it all! We collect and deliver goods that need to be at their destination the same day. We have a fleet of speedy vans and a network of roads and motorways which ensure these deliveries are on time, every time. But what if a time machine suddenly whisked us back 3000 years. What would essential deliveries look like in Britain then? We look at the couriers history in Britain. 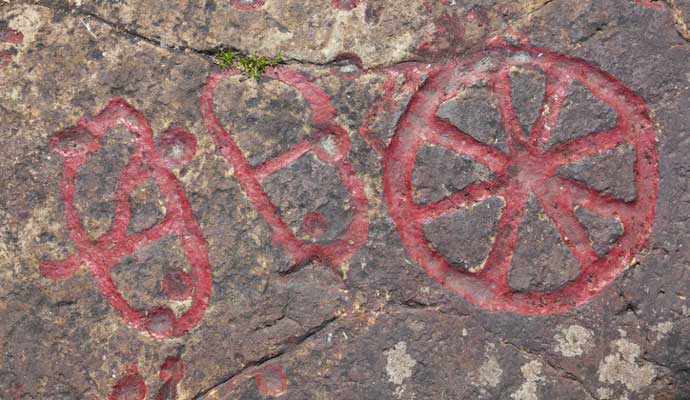 In 2016 the earliest complete Bronze Age wheel was discovered in Cambridgeshire. In fact, it is the earliest example of its kind and thought to date from 1100-800BC.

There were some other amazing finds at the site too, all of which point to a much more sophisticated level of technology and living conditions than we perhaps imagine. Tools, textiles and bowls have all been recorded.

But what we are really interested in is the fact that land transportation by vehicle was readily available 3000 years ago. Interesting fact here – these carts would have all been two wheeled to ease turning.

There is no evidence yet unearthed that axles to facilitate turning had been invented.

Were there roads 3000 years ago for our Bronze Age cart to traverse?

For at least 5,000 years, travellers had used the Ridgeway. The Ridgeway provided a reliable trading route to the Dorset coast from the Wash in Norfolk. The high dry ground made travel easy and provided a measure of protection by giving traders a commanding view, warning against potential attacks.

We have a means of transport; we definitely have a road or track stretching across the country. What goods might have been delivered?

During this period Ancient Britain saw a lot of international trade. People crossed the sea from mainland Europe to Britain. They travelled in long wooden boats rowed by oarsmen and brought animals, metals, swords, pot and jewellery. They also brought know-how and our ancestors quickly learned how to make objects from copper, gold and bronze.

So it’s not a massive leap to consider that these ancient artisans needed supplies, warriors needed valuable weaponry and wealthy chieftains items to display their status.

But how long did it take to travel from let’s say Flag Fen in Cambridgeshire – where our wheel was discovered to – Hengistbury Head in Dorset. This settlement was a thriving port, probably exchanging smelted iron for goods such as figs, glass, tools, pottery and above all, jars of wine, imported either via Brittany or directly from Italy. Travelling on modern day roads the distance is 165 miles. It probably wouldn’t be much different for our Bronze Age courier. Now this is guess work for the next bit but let’s assume our courier / cart driver travelled ten miles a day, the journey would take about a fortnight. His cart would have been powered by oxen as horses were far too rare and expensive for everyday use. 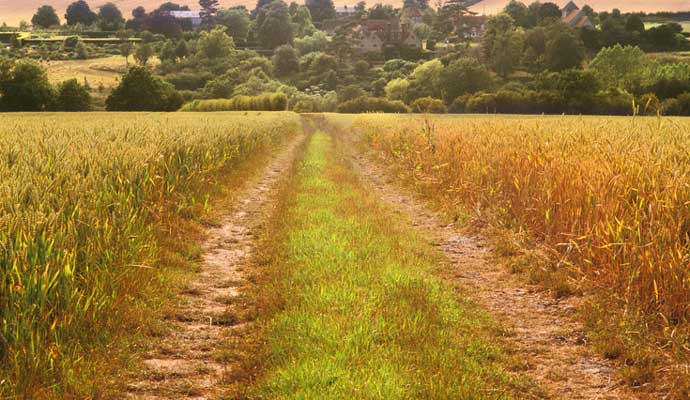 Same Fortnight Couriers is a distinct possibility. However, we are quite certain that there would have been enterprising Bronze Age carters offering their services based on the safest and speediest delivery possible for their customers.

Fast forward 1000 years and the arrival of the Romans: legions of highly disciplined troops marching relentlessly across the country. The main reason the Romans came to Britain was to increase the size of the Empire. They were also seeking natural resources, such as precious metals, slaves, and farmland. Britain had lots of materials including iron, lead, copper, silver, and gold that the Romans needed to support their growing empire and army.

What transport for a Roman courier taking supplies to the front line? 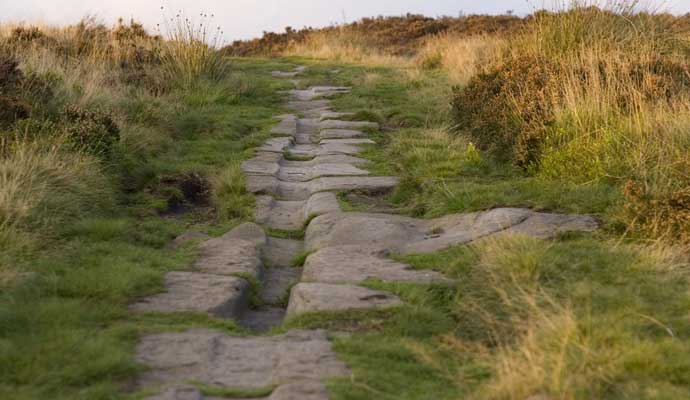 Romans had quite a sophisticated selection of modes of transport for goods and people but we will concentrate on goods as befits our trusty courier of the ages. He would have most likely used a Plaustrum which was a wooden board with no top. Two or four thick solid iron clad wheels. Maybe some sides and it would be drawn by oxen, usually two. It could travel up to 15 miles a day on good roads. If a speedy delivery of military goods was required, the Cursus Clabularis was used. This had a cloth top, four wheels and oxen, mule or horse powered. Up to 25 miles a day was achievable.

Of course, these dizzy speeds were achieved because of the Roman roads. These roads were long and straight, built fairly much as a road today is. Excavation, foundations, ditches to take rainwater to preserve the roads and layers of medium stones and topped with a smooth surface usually of smaller flint and gravel. There were ‘pavements’ for the use of pedestrians and animals.

The life of our Roman courier service was certainly a lot smoother, faster and safer. The routes had manned way-points as well. Roman Service Stations!

Here’s an amazing fact: “A considerable number of Roman roads remained in daily use as core trunk roads for centuries after the end of Roman rule in Britain in 410. After the Romans departed, systematic construction of paved highways in the United Kingdom did not resume until the early 18th century. The Roman road network remained the only nationally managed highway system within Britain until the establishment of the Ministry of Transport in the early 20th century.”

How long might it have taken our trusty courier to deliver an urgent package from London to York, both major administrative centres in Britannia? You will be surprised.

Roughly every four miles – the most a horse could safely be ridden hard – there would be a way-point with stables where mounted messengers could change horses and a tavern to obtain refreshment. Relays of fresh riders and horses careering at full gallop could sustain an average speed of about 20 mph. Thus an urgent dispatch from the army base at London to York – 200 miles, a journey of over a week for a normal mounted traveller – could be delivered in just 10 hours.

Eodem die Traditio Britannia or for those of you not knowing Latin, Same Day Couriers UK, was happening 2000 years ago.

We will check in again with our couriers through history in the next article and see what happened when the Romans left. Did they take Eodem die Traditio Britannia with them?

Give us a call on 0333 772 1010 and discover all the roads we cover at Same Day Couriers Direct for all your same day deliveries UK or Europe.