We mentioned the carrier pigeon in a previous article, Courier Services Throughout The Ages – Same Day Couriers Direct. They get the full article here.

What would you do in days gone by when you needed an urgent delivery of a small item or message and there were no Same Day Couriers Direct services with a fast van to deliver? You would use a Courier or Carrier Pigeon Direct service of course! In fact, pigeons have been used to transport news and very small light items since 3000BC give or take a few years.

Pigeons are fast with an average speed of up to 77mph and can cover easily 600 to 700 miles a day. With their inbuilt uncanny ability to find their way home or back to base, they make for a very reliable courier. A bit like ourselves at Same Day Couriers Direct!

How does the carrier pigeon navigate so accurately?

Despite many studies over the years, no one yet fully understands how homing pigeons navigate across long distances. Scientists now believe that homing pigeons have both compass and map mechanisms that help them navigate. The compass mechanism helps them to fly in the right direction, while the map mechanism allows them to compare where they are to where they want to be. 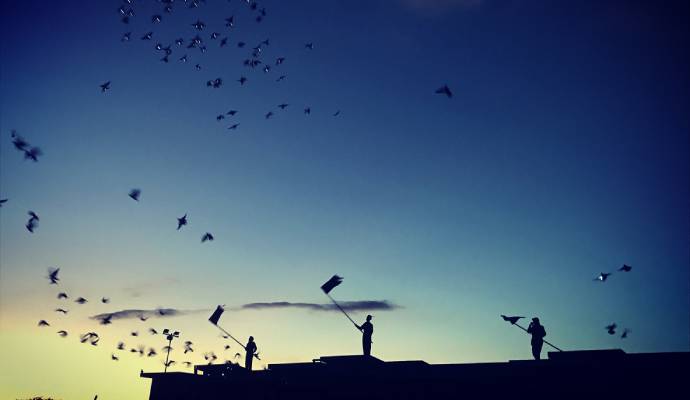 Homing pigeons’ compass mechanism probably relies on the Sun. Like many other birds, homing pigeons can use the position and angle of the Sun to determine the proper direction for flight. The map mechanism, however, remains a bit of a mystery.

More recent research, however, suggests that homing pigeons may instead rely upon low-frequency infrasound to find their way home. These low-frequency sounds are inaudible to human ears, but they’re created by nearly everything, including the oceans and Earth’s crust.

Homing pigeons may listen to these sounds until they recognize the signature sounds of their home roost. Of course, researchers also note that, once homing pigeons get closer to home, they may also be guided, in part, by familiar landmarks, just like humans use when navigating.

Pigeons around the Ancient World

Flying messenger pigeons was well-established as early as 3000 years ago. They were used to proclaim the winners of the Ancient Olympics. The Roman Empire made extensive use of pigeons to carry news across its vast lands. Ships released pigeons to alert ports of their impending arrival. Another empire builder, Genghis Khan, also recognised their value as a fast message delivery. In fact, pigeons have been used in warfare right up to and including WWII. But we will read more of that in a moment.

Carrier pigeons were held in very high esteem in the Arab world and were called “The Kings’ Angels”. By 1167 a regular service between Baghdad and Syria had been established by In Damietta, by the mouth of the Nile.

The Crusaders, another bunch of warmongers in medieval times, brought pigeons back to Europe. They quickly spread across Europe with the Republic of Genoa, when they equipped their system of watch towers in the Mediterranean Sea with pigeon posts.

Further afield in India, Tipu Sultan of Mysore (1750–1799) also used messenger pigeons; they returned to the Jamia Masjid mosque in Srirangapatna, which was his headquarters. The pigeon holes may be seen in the mosque’s minarets to this day. 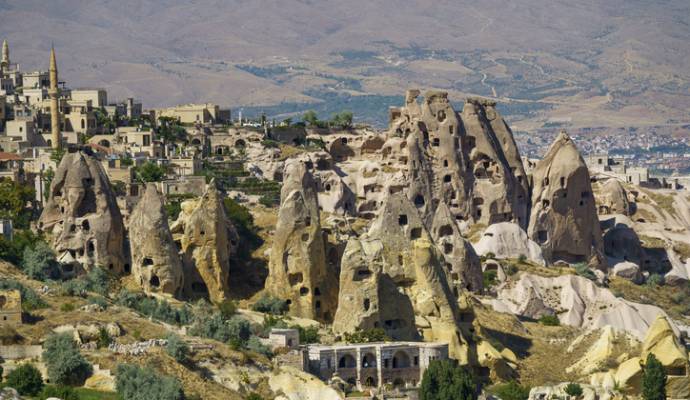 Pigeons and the Modern World 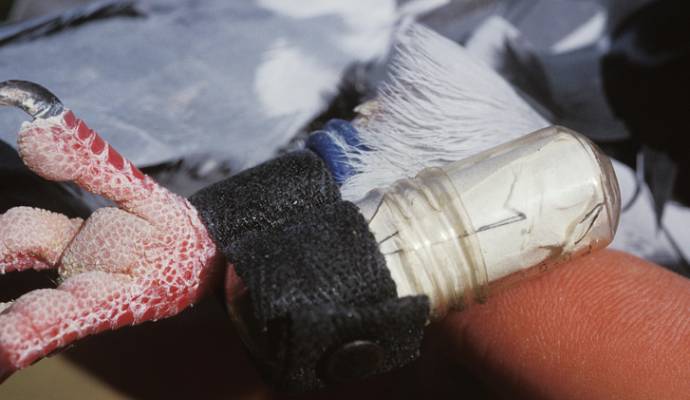 By the 19th century homing pigeons were used extensively for military communications. The outcome of the 1815 Battle of Waterloo has often been claimed to have been delivered to London by pigeon but there is no evidence for this, and it’s very unlikely. During the Franco-Prussian War pigeons were used to carry mail between besieged Paris and the French unoccupied territory.

In 1860, Paul Reuter, the founder of the famous Reuters press agency, used a fleet of over 45 pigeons to deliver news and stock prices between Brussels and Aachen, the terminus of early telegraph lines. In December 1870, it took ten hours for a pigeon carrying microfilms to fly from Perpignan to Brussel. Eventually there was an official pigeon postal service throughout France, and this was expanded between capitals so that a postal service by carrier pigeon between London and Paris was advertised in 1870.

Historically, pigeons carried messages only one way, to their home. They had to be transported manually before another flight. However, by placing their food at one location and their home at another location, pigeons have been trained to fly back and forth up to twice a day reliably, covering round-trip flights up to 100 miles Their reliability has lent itself to occasional use on mail routes, such as the Great Barrier Pigeongram Service established between the Auckland, New Zealand, suburb of Newton and Great Barrier Island in November 1897. Quite possibly the first regular airmail service in the world. The world’s first ‘airmail’ stamps were issued for the Great Barrier Pigeon-Gram Service from 1898 to 1908.

Homing pigeons were still employed in the 21st century by certain remote police departments in Odisha state in eastern India to provide emergency communication. In March 2002, it was announced that India’s Police Pigeon Service messenger system in Odisha was to be retired, due to the expanded use of the Internet. In fact, the Taliban banned the keeping or use of homing pigeons in Afghanistan.

Pigeons played a vital part in World War One as they proved to be an extremely reliable way of sending messages. Such was the importance of pigeons that over 100,000 were used in the war with an astonishing success rate of 95% getting through to their destination with their message.

In October 1918, as the war neared its end, 194 American soldiers found themselves trapped by German soldiers. They were cut off from other Allied soldiers and had no working radios. The only chance they had of alerting anybody about their desperate situation was to send a pigeon with their co-ordinates attached to its leg. The pigeon’s name was Cher Ami. When released it flew 25 miles from behind German lines to the Americans headquarters. Cher Ami covered the 25 miles in just 25 minutes. The pigeon was, in fact, shot through the chest by the Germans but continued to fly home. With the “Lost Battalion’s” co-ordinates, the Americans launched a rescue and the 194 men were saved. Cher Ami was awarded the Croix de Guerre with Palm for its astonishing flight. As with other pigeons, it would not have known where the American’s nearest headquarters was – its natural homing instincts took over.

At the outbreak of World War 2 thousands of Britain’s pigeon fanciers gave their pigeons to the war effort. During the period of the war nearly a quarter of a million birds were used by the Army, the RAF and the Civil Defence Services including the Police, the Fire Service, Home Guard and even Bletchley Park.

Homing pigeons were used not only in Western Europe by British forces but also by American, Canadian, and German forces in other parts of the world during the war – Italy, Greece, North Africa, India and the Middle and Far East.

All RAF bombers and reconnaissance aircraft carried pigeons in special watertight baskets and containers and, if the aircraft had to ditch, the plane’s co-ordinates were sent back with the pigeon to its RAF base and a search and rescue operation was effected. Thousands of servicemen’s lives were saved by these heroic birds that flew often in extreme circumstances.

Many readers will have heard of The People’s Dispensary for Sick Animals and the PDSA Dickin Medal which is awarded to any animal displaying conspicuous gallantry and devotion to duty. Of the 53 Dickin Medals presented during World War II, 32 went to pigeons.

One of the most famous pigeons was called ‘White Vision’. It received its medal for “……delivering a message under exceptionally difficult conditions and so contributing to the rescue of an aircrew while serving with the RAF in October 1943”. This hardly tells the story! A Catalina flying boat had to ditch in the Hebrides at 0820 hrs one morning. Sea rescue operations were hindered by very bad weather and air search was impossible because of thick mist.

At 1700 hrs that afternoon White Vision arrived at her loft with a message giving the position of the ditched aircraft and as a result the search was resumed, the aircraft sighted and the crew rescued. White Vision had flown 60 miles over heavy seas against a headwind of 25 miles per hour with visibility only a hundred yards at the place of release and three hundred yards at the place of arrival.

An amazing bird – the carrier pigeon. Fast, reliable and with very low running costs too.