A History Of Haulage And A Chronicle Of Couriers

Quite often we just accept things as they are. Like same day couriers for example. We don’t stop and think how the logistics actually work, we just expect them too. So, when we need something sending, to get there later today, well that’s easy isn’t it – we just call somebody reliable such as Same Day Couriers Direct, and that’s our involvement finished!

But occasionally, we should stop, pause for a moment and have a think.

Now, I am not suggesting that we question everything in the world, that would be too much, but we do need at times to acknowledge the preparation and effort that goes into providing services, such as courier services. No, we don’t need to know everything, but perhaps a little history and understanding could help us to not take things for granted in the future. So where to begin?

Those who do not study history are doomed to repeat it, according to George Santayana. Whilst history may not be everyone’s favourite subject, it is a good place to start.

The history of haulage in the UK plodded along quite slowly through the ages, from carts to canals until the automotive revolution at the end of the 19th Century.

Originally areas were often self-sufficient and so there was no need to move goods, hence no haulage. When people, or items were moved, it was often via horse. The Highways Act of 1633 was introduced to deal with highway robberies that had sprung up, with opportunistic villains seizing the chance to make a little money from these first travellers.

Through the 1700s more roads were constructed, though not as we’d use today. Canals were built to move large loads between cities, with the first true canal being the Bridgewater Canal of northwest England – between Worseley and Manchester.

Canals were eventually replaced by the railways of the 1800s but both played a critical role in the First Industrial Revolution, with textiles being the dominant industry. Everyday life really changed for everyone from that point on.

Haulage developed further through automotive developments and mass road building programmes of the government. The first motorway, the M1, was opened in 1959, but actually post-dated the first section of the M6 that opened the previous year. By 1960, it was estimated that there were over 600,000 lorries in the UK.

Road transport is now essentially known as the “backbone” of the economy. More than 80% of all goods we consume and use – including food and clothes, are transported by HGVs. How things have changed!

So that’s a brief history of haulage, but what about the chronicles of the courier? Where did that all begin, and what has changed over time?

Did you know that the word ‘courier’ originates from the Latin “currere” meaning to run? The first documented organised courier service dates back to around 2400 BC when runners in Ancient Egypt would courier documents carved into stone. Sounds tough. 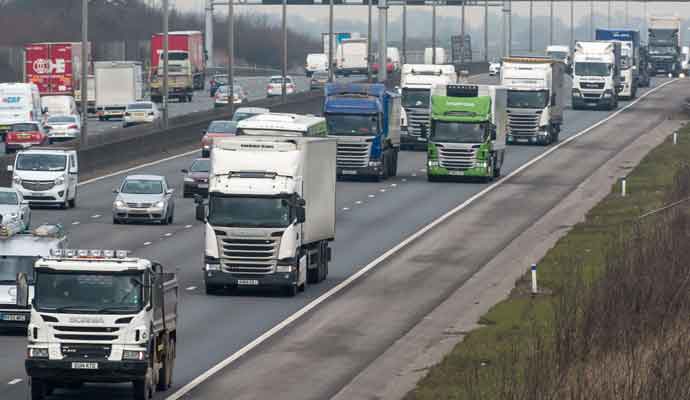 In Persia, now Iran, around 400BC, Cyrus the Younger would hire runners, pigeons and horse-riders to deliver messages across his kingdom and beyond – imagine nowadays wanting to get a same day delivery and having a man on horseback or a pigeon to deliver it?!

Animals have been used a lot in the past. In Australia, camels were often used before the introduction of the railroads and in Alaska and Canada dog sleds delivering mail and parcels were a common sight right up until the 1960s. 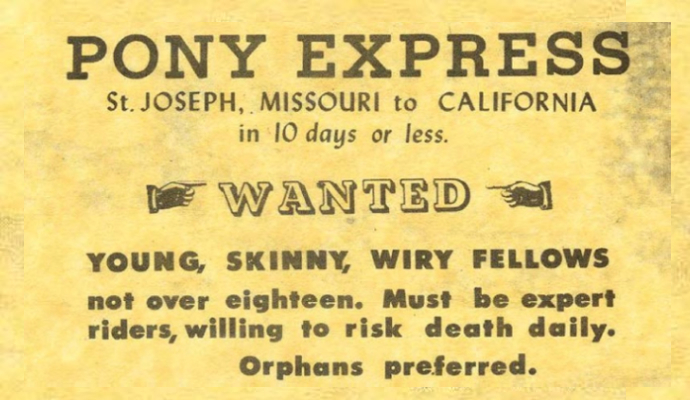 Of course in America there is the famous Pony Express. The Pony Express was a courier service operating at the start of the Civil War and the California Gold Rush. It is often credited for changing the speed and efficiency of mail delivery in America. Couriers took just 10 days to transport packages from the East to West coast. The job wasn’t easy though, nor was it safe. The adverts for new recruits read something like ‘Wanted: Young, skinny, wiry fellows not over eighteen. Must be expert riders, willing to risk death daily. Orphans preferred.’ That’s some job description.

Talking about going the distance, Pheidippides, who you might describe as a courier, ran from a town called Marathon, Greece to Athens. The purpose? To spread the news that the Greeks were victorious over Persia in the Greco-Persian War. The distance of just over 26 miles is why a marathon is, that’s right, 26 and a bit miles – don’t forget the bit! Now who’s up for a (long) run to deliver a parcel?

The first US Courier Company was set up in 1852, Wells Fargo. In 1907 two young lads set up UPS (United Parcel Services). They began with just a bike and their own feet having borrowed $100 from a friend!

Being a courier though was actually one of the earliest professions. It had become a vocation by the Middle Ages, and royal courts paid couriers wages to deliver their parcels.

Where companies like Wells-Fargo and UPS led, others soon followed. In the UK, the nationalised Royal Mail was privatised in October 2013. By then though, there were many couriers delivering time-critical parcels on a daily basis.

To keep ahead of the competition, more and more innovation was needed. Services such as daily pick-ups to door-to-door next day deliveries, same day services and international services kept the market competitive. As the services improved, so the world grew smaller and more in-reach to each and every one of us. They really do provide a key service.

With many companies providing similar services and each guaranteeing to be the ‘best’ it might seem difficult to differentiate between them all – are they not all the same? Well no, they are definitely not.

What factors really makes an outstanding courier service? There’s speed, reliability and personal service. Many people have noticeably gone back to using small, independent couriers. They are preferred over the larger, faceless organisations. Companies such as Same Day Couriers Direct are preferred because they can be trusted with important deliveries, and moreover because they care about individual customers.

So now you know a little more about the chronicles of couriers, clearly the choice is obvious. Same Day Couriers Direct are the right courier for you. 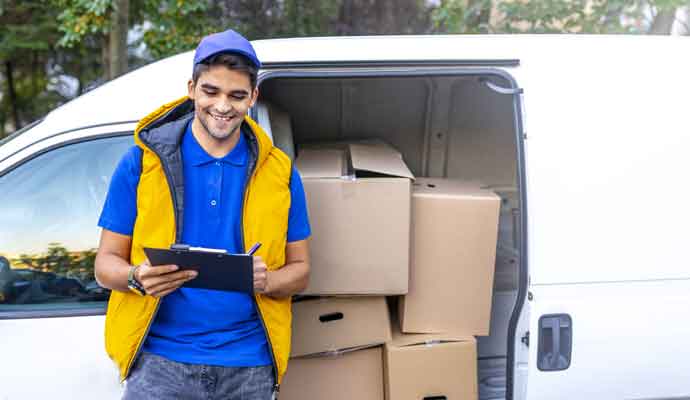